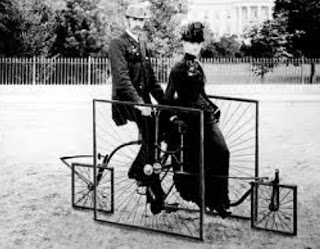 Check out "Here are some initial reactions to the White Paper published today, having also listened to Sajid Javid’s statement at lunchtime.


Almost every news programme and every newspaper has previewed the Housing White Paper, published today, in excitable terms, building expectations that something dramatic was about to happen. It seems they all believed the spin that the Government was to take radical and bold action to ‘fix the broken housing market’. Housing Minister Gavin Barwell in particular has been talking a good game over the weekend, and nearly sounded convincing.
But in the event the 100+ page White Paper is a huge disappointment, a damp squib, a fuss about nothing. It reinvents the idea that local authorities should undertake standardised housing needs assessments, pinches but waters down some private rented sector proposals made by Ed Miliband at the 2015 General Election and promises a huge number of consultations on future changes (mainly to detailed planning regulations) – well, they’ve only been in for 7 years, it’s too much to hope they know what they’re doing by now.
Most of the rest of it is the same old words, spoken by Housing Ministers back to the venerable Grant Shapps, but in a slightly different order: simplify planning, make more land available, release public land, strong protection for green belt, stronger voice for communities, better use of land, providing infrastructure, tackling skills shortages, more small builders, custom building, more institutional investors, making renting fairer, it goes on and on.

The Government is reinventing a square wheel. It didn’t work the first time and it won’t work now.

The White Paper is mainly about housebuilding, and a bit about private renting. It has next to nothing to say about making housing genuinely affordable. It continues the failed policy of pouring money into supporting demand for home ownership whilst allocating a pittance to new genuinely affordable supply. It has nothing to say about the horrific implications of welfare reform or the relationship between housing affordability and the benefits system.
Social rented housing make a single appearance in the White Paper, but only in the section on plans to ‘redefine’ affordable housing.
Continuing the current debasement of the language, affordable housing is to be defined as including many things that are not affordable at all.
Affordable housing will be defined as including:
The complete absence of any proposals to re-establish a major programme of building of social rented homes at genuinely affordable rents is the central failure of the White Paper. It might get boring to repeat this so often but as George Orwell said:

We have now sunk to a depth at which restatement of the obvious is the first duty of intelligent men.