Sitting on the floor of a Virgin train? Luxury.... #traingate 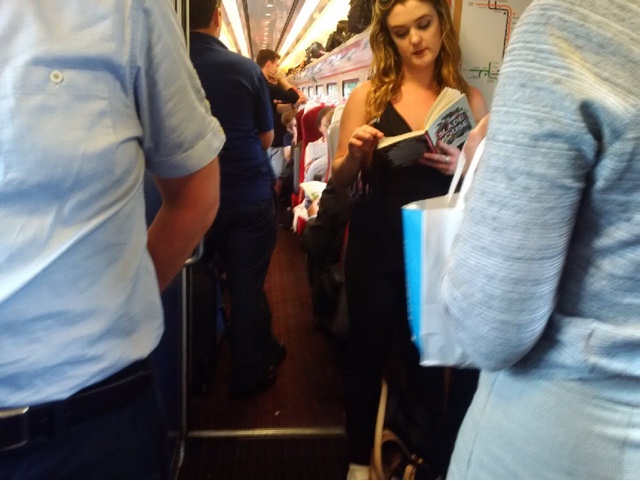 Okay, this is the "silly season" but the fuss about Jeremy Corbyn and "did he or didn't he" have to sit on the floor during a Virgin train ride from London to Newcastle is still going on.

I was not on that Thursday train journey but last month I did travel by Virgin on a Thursday from London to Newcastle for the Unison APF National Seminar.

I tweeted this picture at the time.

Why anyone is believing Richard Branson and then Virgin version of events is beyond me. He is a despicable privateer who makes millions out of the public subsidy of privatised railways.  Someone who hates trade unions and the entire Labour movement. No wonder he is happy to tell lies about the truly dreadful service that Virgin provides.
Posted by John Gray at Wednesday, August 24, 2016