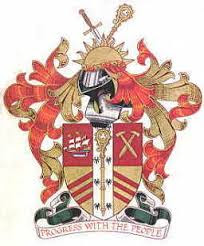 Councillors were asked to submit questions and comments on the proposed Newham Council budget for consideration by the Mayor at the Cabinet meeting last Thursday. I was unable to attend this public meeting since it was at 5pm and I had a work commitment.

These are the comments that I sent on the proposals. The Full Council meeting is tomorrow at 7pm at Newham Town Hall. I may have missed some things since we only got a copy of the full Council agenda the day before.

Apologies for not being able to attend this Cabinet meeting today but I have a work commitment clash.

As I have mentioned in the past attending any Council meetings which take place or start during office hours are not always possible to attend for Councillors who have demanding full time jobs.

This is an important matter to my constituents and we have been asked to submit comments and thoughts on the budget proposals to this meeting. If there is to be proper consultation process on the proposed budget then all comments should be welcomed even those which challenge and question.

The Politics
Firstly, we are all aware that this Government is deliberately starving Labour Councils of the money required to meet need for ideological purposes and for political gerrymandering. Austerity is a political choice and it is clear that many Tory run authorities are being cushioned from the cuts.

It is vital that we keep reminding the people of Newham where the blame truly lies and hold the Tories to account for cuts to services, jobs and Schools. This is why I and others support the Newham United Against Austerity (NUAA) campaign.

In a difficult and demanding environment I appreciate that in Newham hard choices will have to be made but that does not mean that I think all the right choices are being proposed even if some of the proposals I fully support in the present circumstances.

Small Business Externalisation or Privatisation of Council Services
I am concerned about the proposals to further externalise or privatise Council services. I will admit upfront that as a committed trade union activist, who has worked in front line public services for over 30 years I do not believe in the externalisation or privatisation of publicly owned services. That doesn’t mean that services cannot change, cannot be efficient and cannot be responsive

Risk to Residents, Council & Staff
I further believe that the proposed privatisation via “mutualisation” or the small business programme of Newham Council services will:-

Mutual and Co-ops
I work in the Charitable, Co-operative and Voluntary sector. Imposing top down, partly owned, new organisations on staff are not true mutual or co-ops. I have no problem with the idea of staff themselves genuinely wanting to set up a grass root and democratically controlled mutual or coop to deliver services. Even though I think it creates a risk to them and to the Council by doing so.

I support our Labour Leader, Jeremy Corbyn, and his ideas about a rebirth of municipal socialism. Bearing in mind some of the announcements made by Newham in recent years on Council investments designed to generate revenue it seems that there is actually a degree of common agreement with his ideas and that of the Newham Executive.

The models apparently put forward is essentially the privatisation of democratically accountable, publicly owned and publicly run services. As someone who works in the "not for profit" sector, there are many examples of appallingly run organisations which operate mainly in the self-interests of their senior management as a "mates club" which provide expensive, inefficient and poor quality services.

The budget states that savings have been made and further savings will be made by centralising services with external bodies such as OneSource. It therefore doesn't make sense to argue that fragmentation will save money.

Going “bust”
It is admitted that these small fragmented services will be at risk of failure. As did NewCo, the former Council owned company that failed recently following being set up as a small business making a number of disabled workers redundant. For example, my Community trade union branch has to deal with the consequences of small organisations going bust and staff being sacked by administrators without notice or any redundancy pay.

Small and fragmented organisations are often forced to slash and burn pay and other conditions to try and survive. The impact on residents of such services going bust can also be horrendous for them and the Council which may have statutory or policy commitments to step in. Replacing failed providers is time consuming and expensive.

I fully support the commercialisation of Council services providing business services in Newham and elsewhere.

Shared Services
I also have concerns with OneSource and do not believe that the proposed shared services model are sustainable in the long term. Both Havering and now Bexley Councils have very different political traditions and cultures than Newham. You have a hard right UKIP/Independent run Council in Havering and a right wing Tory Council in Bexley. They will have different attitudes to services and staff than a Labour Council. If we have to combine and share services then I think it should only be with Councils which are geographical adjacent and shares similar political traditions such as Waltham Forest, Hackney, Barking and Dagenham or even Tower Hamlets.

East London Waste Authority
This long term contract is extremely expensive and inflexible. It appears to be getting even more expensive. Many officers are critical of it. Can officers look into cancelling or changing it?

Social Care
I agree strongly that to meet need we should go ahead with the 2% social care levy on Council tax. Yet this will only be a sticking plaster at best and not at all a solution. We need to generate more income.

Due to the increase in the national living wage can the cost of making our contractors pay a real London Living wage be calculated?

Council Tax
I would strongly urge the Mayor to think again about not raising Council tax. While I accept it is not a truly progressive tax, our need is such that we cannot have the lowest Council tax rate in all of outer London. There is no Freeze grant for 2016/2017. So there is no penalty for increasing Council tax by 2%.

We are becoming more and more reliant on Council tax since the Government is withdrawing grants. Due to gentrification in recent years there are more wealthy individuals and households who can afford to pay more. The most poor in Newham will have access to Council tax benefit.

The cumulative impact on our Council tax revenues of not raising it for the last 7 years (?) is a huge risk. I understand that the loss is far, far more than the temporary new recalculation of Regional support grant.

LOBOs
I have previously expressed concerns about the cost and risk of the £563 million in long term so called Lender Options Borrower Options capital loans that Newham holds.

Social Housing
I am disappointed that there is no programme identified that will start the building of homes at social rents. Red doors, none need based allocation priority and equity release have reduced the number of sites and homes available for social housing.

Mayoral advisers allowance.
This is currently £1.3 million per year and far in excess of what other similar authorities pays. Due to austerity we should set an example and such allowances should be scaled back and reduced. We do not need 11 full time Councillors and in other authorities, many advisers do not receive an SRA for these extra duties.

Keeping Newham moving/Parking
I support the proposal to have a borough wide parking zone but think that we should consider charging for first permit per household. Not only to raise revenue but to encourage the use of public transport and alternative transport. This is not only to reduce carbon and help save the planet but will also have direct public health benefits and reduce the number of Newham residents dying prematurely from air pollutions (recently estimated to be 9500 per year across London) Similarly I would hope that the £100 million identified for transport improvement would incorporate and take into account the carbon crisis we face.

Bulk rubbish
This is a regressive charge but I support this charge in the circumstances but agree that it should be looked at again if it just increases fly tipping.

Growth
While at a time of austerity I appreciate that any growth is limited I would support looking at reversing the cuts to Children centres made last year, Expanding youth service provision and providing services to give residents specialist advice on urgently needed welfare benefits & housing rights.