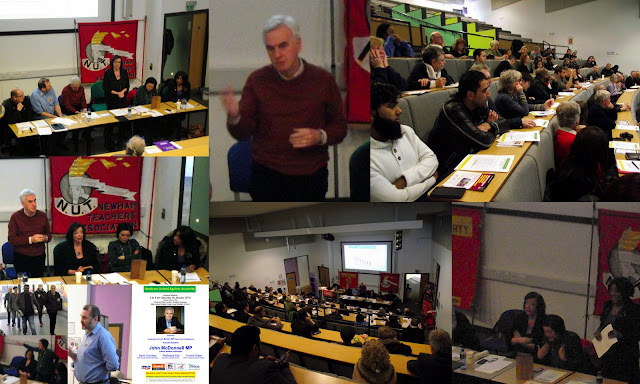 Other speakers were Kevin Courtney, the Deputy General Secretary of the National Union of Teachers, Custom House Councillor, Rokhsana Fiaz and Yvonne Green, the Greater London Convenor for the public service union Unison.

More than 100 people turned up to the launch of a joint trade union and community based campaign against the Government's attempt to starve Newham’s public services of funds and impose austerity upon us. I will post further on John's speech, the other speakers and the ongoing NUAA campaign.
Posted by John Gray at Wednesday, February 10, 2016