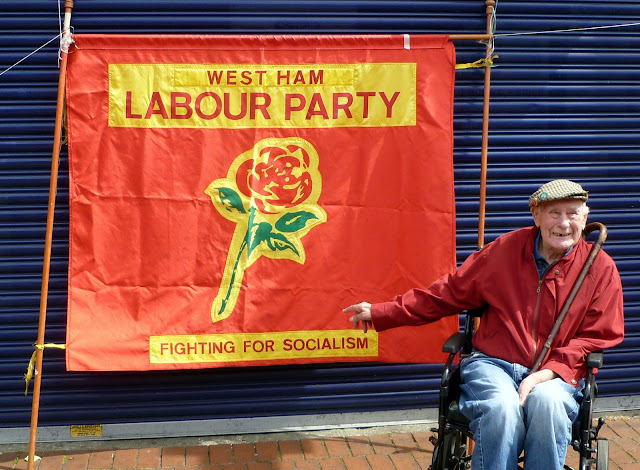 I was sad to hear yesterday of the death of 92 year old Labour Party loyalist, Ronald Valentine Higgins (his middle name is due to being born on 14 February!).

I remember meeting him at a Labour Party BBQ on Wanstead flats many years ago and being so impressed by this quiet, friendly, unassuming man, who had done so much in his life for his country and working people.

See the tribute here from the Newham Recorder.

Picture is of Ron supporting a Labour Party stall in Green Street last year and making clear what he believes in.

RIP Ron and condolences to your family.
Posted by John Gray at Thursday, February 11, 2016