A Visit to Rebel Dublin 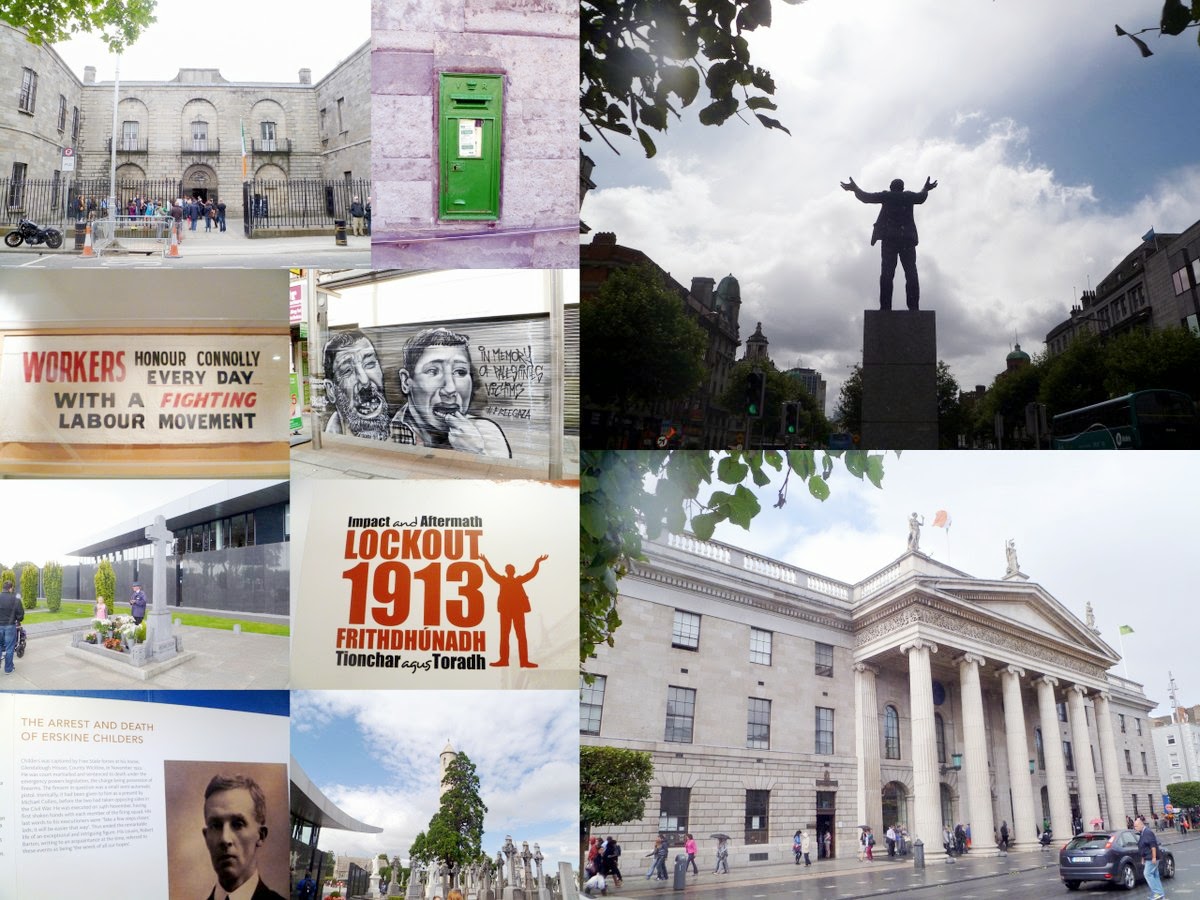 Earlier this month I spent a week on holiday in Dublin, the capital of the Republic of Ireland.

You could spend an entire summer in Dublin and still not experience everything that you should.

While expensive and seemingly packed full of even more tourists than London, it was a great base for a holiday.

For the historic and politically minded I recommend first a visit to the General Post Office (GPO) in what is now known as O'Connell Street (bottom right of college) which was the headquarters of the 1916 Easter Uprising, when rebels (or "patriots" depending on your view) tried to win independence for Ireland from Britain in the midst of World War One. This ended in defeat and the leveling of many parts of central Dublin by British artillery. You can still see what appears to be bullet holes on the outside pillars of the GPO.

Further along O'Connell Street (Daniel O'Connell was known as "The Great Liberator" in the 19th Century but who always opposed the use of violence to bring about political change) you see the statute of trade union leader, James Larkin, who led the famous "lock out" strike in Dublin during 1913.

I went during the early afternoon to the Kilmainham Gaol where the leaders of the Uprising (and some of the losing side in the later Civil War) were executed but it was fully booked for the rest of that day. Next time in Dublin I will go early and book a timed ticket for the tour then go to the Irish Museum of Modern Art (MMA) near by and wait for the tour to start. I found the MMA interestingly in parts but a bit weird and wonderful (Modern Art not my cup of tea but - who am I to say).

Take another bus to Glasnevin Cemetery and walk amongst the 1.5 million graves of the famous and the unknown. See the grave of charismatic Irish revolutionary leader Michael Collins who was killed in an ambush by his former comrades during the Irish Civil War in 1922. The lovely and peaceful National Botanic Gardens is next door.

Another time you should walk along the River Liffy to what is now called the (Michael) Collins barracks. This used to be a major British army barracks and at over 300 years old, is the oldest military barracks in the world, now the home of the National Museum of Ireland. There is a very even handed display on the Easter Uprising inside.

While immediately outside is a museum containing the beautifully restored sailing yacht "Asgard", in which London born Irish Protestant, Erskine Childers, had smuggled arms and ammunition from Germany to Irish nationalists in 1914. Erskine had fought for the British in the Boer War and afterwards was to be decorated for bravery while fighting against Germany in the First World World. He then became an opponent of the partition of Ireland and was executed during the Civil War by former comrades, possibly in revenge for the death of Michael Collins.

Before his execution Erskine made his son promise to visit all the men who had signed his death warrant and shake their hands. His son eventually became President of Ireland. Erskine also shook the hands with each of his firing squad and said to them before they shot him "Take a step or two forward, lads. It will be easier that way".