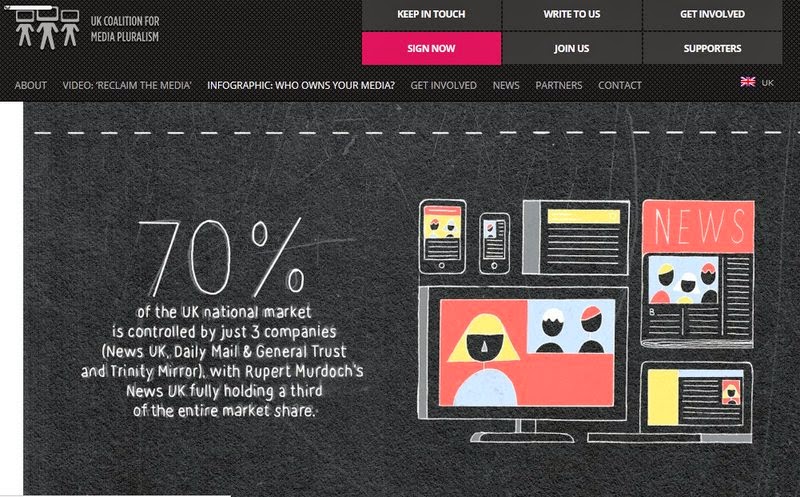 "Three companies, control 70% of our newspapers here in the UK. One of them, Murdoch, has just been thwarted in his ambition to takeover Time Warner, home of HBO, and it's likely he'll now return to his unfinished business of getting full control of BSkyB (which he had to abandon when the hacking scandal broke).

Hacked Off has just posted a blog http://hackinginquiry.org/comment/murdoch-now-has-his-eyes-fixed-on-europe/"