This morning I attended the Remembrance Day service at All Saints Church in West Ham, the ward I have represented as a Councillor since 2010. It was a marvellous and moving service, attended by our local MP, Lyn Brown, our local British Army TA unit, G Company 7 Rifles, Metropolitan Police, Parishioners, Royal British Legion and my Newham Council Councillor colleagues.
Many thanks to Revd. Simon Nicholls (and his "West Ham team") for the service. I was particularly struck by the playing during the service of the above audio soundtrack of an authentic recreation of the actual end of the First World War at 11am on 11th November 1918. The artillery shells stop - and the birds start singing. 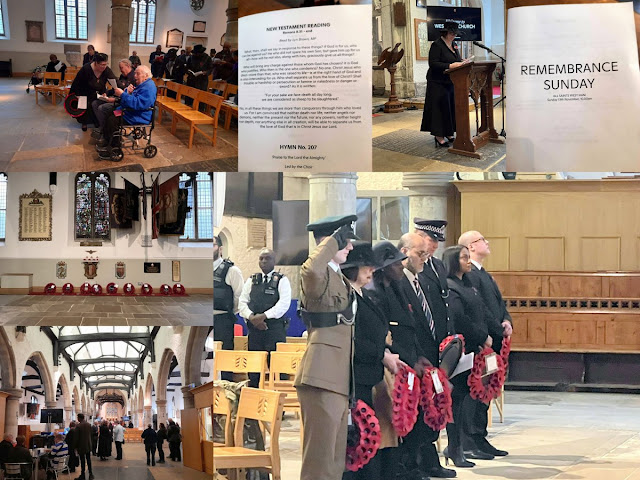