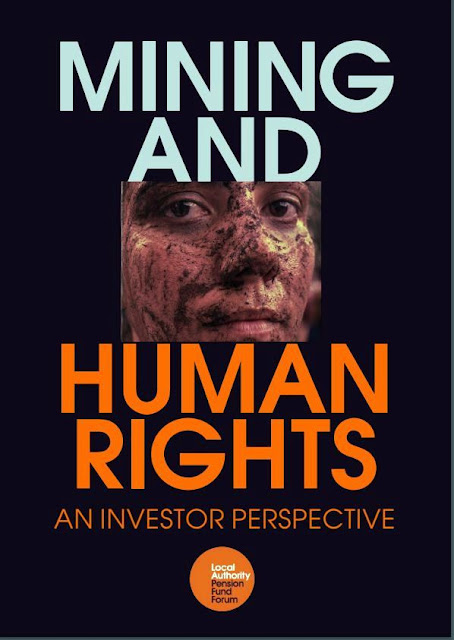 Check out this press release by the Local Authority Pension Fund Forum (I am Joint Vice Chair) on the recent visit by our Chair to Brazil. Many thanks to Doug and our engagement partners, PIRC, for all their work during this important visit.

Some Progress Noted but Lots of Work Still to Do

"LAPFF Chair, Cllr Doug McMurdo, returned from Brazil recently where he spent three weeks investigating the progress of reparations following tailings dam collapses in Mariana (2015) and Brumadinho (2019). This trip was part of LAPFF’s broader work on mining and human rights. The context for the trip is available in the mining and human rights report LAPFF published in April 2022.  The motivation for the trip reflects LAPFF’s view that social and environmental impacts by investee companies are financially material for investors.

During his trip, Cllr McMurdo met with communities affected by the 2015 Mariana and 2019 Brumadinho dam collapses. BHP and Vale own the Mariana Fundão dam through their joint venture operator, Samarco. Vale owns the Córrego do Feijão dam that collapsed in Brumadinho. Water quality and delays in house building in Mariana are the two major concerns cited by affected community members with whom LAPFF spoke.

After meeting with affected community members, Cllr McMurdo spent two days with the Chair of Vale and senior executives from the company. LAPFF extended an invitation to meet a BHP representative during Cllr McMurdo’s trip, but the invitation was declined by the company.

At the end of the trip, Cllr McMurdo met with a number of Brazilian investors led by ESG-focused asset manager, JGP Asset Management, with whom LAPFF has been partnering on this project for a couple of years. Collectively, the investor group worked with senior executives of Vale to set in motion a process to increase the pace and quality of reparations following the tailings dam collapses.

Quote from LAPFF Chair: “It is clear that Vale has taken steps to improve its corporate culture and its dam safety practices. LAPFF’s objective is to be a critical friend to the company in fostering better and faster delivery of required reparations and dam safety measures.”

The largest impediment to completing reparations in Mariana quickly enough and to an adequate standard appears to be the Renova Foundation. Vale, BHP, and Samarco – but no affected community members – sit on the board of this organisation which was established to provide reparations following the Mariana tailings dam collapse in November 2015. The Foundation has an overly complex structure, similar to that of a joint venture, and does not have adequate independence in its governance. Both shortcomings have led to poor and drawn-out execution of reparations.

Quote from JGP Asset Management: “Unfortunately, we cannot go back in time and avoid the two disasters that Vale was involved in. However, Vale can act today to become the reference point for an ESG standard in mining, a critical industry for the global energy transition. As investors, we keep engaged with the company on several fronts, but especially in corporate governance and relations with the communities where Vale has operations.”

Quote from Vale: “Vale is enhancing its dialogue and engagement with shareholders, communities and society, in order to act in greater alignment with their expectations. I was pleased to personally welcome LAPFF’s representatives in Brazil and to show Vale’s efforts on reparations initiatives and dam safety. I want to thank LAPFF for its feedback and I would like to renew our commitment to building a better company. It is a long way to travel and we will continue to act attentively in making Vale one of the safest and most reliable mining companies in the world.”