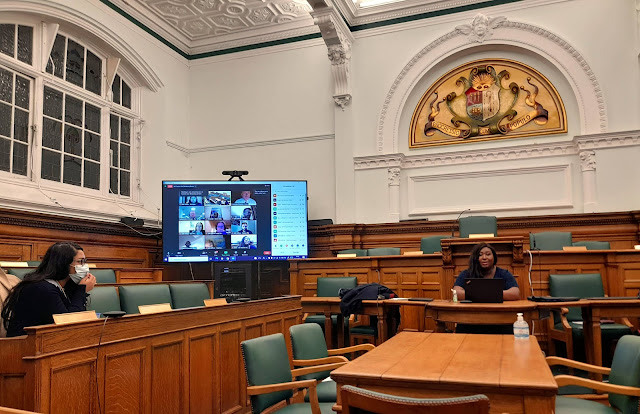 Great to be back tonight in the Newham Council Chamber in East Ham Town Hall for a meeting. Some interesting statistics from the agenda which included our draft annual report on the pension fund.

Remember if you work for the Council or any of the active employers and die - your partners and children will NOT get a penny if they are not in the pension scheme!

The Chair, Cllr Nareser Osei, also announced that our fund had been nominated for "Best Climate Change Strategy" Award by LAPF Investments.

In a belated (and sadly flippant) response to a good technical comment by an officer, who said she did not want to argue with an actuary (our pension/accountant specialists) I did say that I used to go out with an actuary once, and we used to argue all the time! (this is based on fact)

The meeting is on https://youtu.be/v5whRSuo8-A