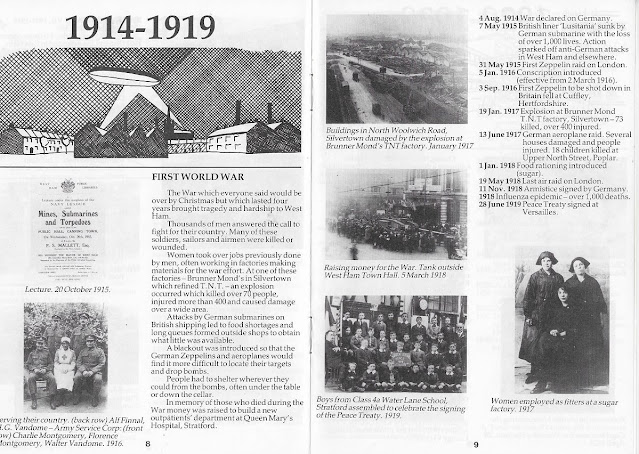 This morning there was a post on the (excellent) Facebook site "Newham History" on a pamphlet published in 1986 to mark the 100th anniversary of the old West Ham Borough (now part of Newham).

It mentioned that the 1918 flu epidemic killed "over a 1000 people" in West Ham. So far I believe that there has been 666 deaths from the covid pandemic in Newham.

UPDATE: these figures for 1918 flu deaths may be too low

The November 9, 1918, edition of the Stratford Gazette reported 240 deaths that week alone in the old county of West Ham, risen from 100 for the previous seven days. In the former borough of East Ham, 134 people died, up from 67 the week before.