Latest on extremists attempts to destroy our union's democracy, stop us winning strike ballots over pay (& take our money) 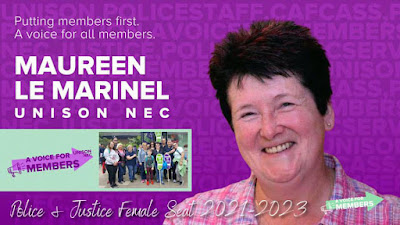 It is incredible in the midst of us mobilising to take on the Tories and win strike ballots over pay, the ultra left are attacking our General Secretary and deliberately provoking a civil war.

"This is my personal page, the views are my own.
‘UPDATE’ on NEC Resolutions.
Many of you will have seen the ‘Opinion’ provided by John Hendy QC to the NEC, as requested by the Presidential Team, which has been posted by the “Time for Real Change’ organisation. Firstly I believe that as this ‘opinion’ was provided to the NEC it is ‘privileged’ and not for wider circulation, until the NEC had agreed it could be and the NEC should have had the opportunity to discuss and fully understand the content in a ‘legal’ sense, we are not lawyers. This was taken away from us by the publication.
The NEC was provided with ‘legal advice’ on the resolutions by Stuart Brittenden on the 5th October with verbal confirmation of this at the NEC meeting on the 6th October, this I was informed was privileged and not for wider circulation. Following the NEC meeting I reported that the legal advice conflicted with view of the Presidential Team, and as I now understand it, their ‘legal advice’ prior to the NEC meeting on 6th October which I asked for at the meeting and have again requested, as in the Statement from ‘Time for Real Change’ on the 7th October confirmed that they had legal advice and also in tweets from John McDonald MP also confirmed that “they had legal advice at every stage”.
Since receiving the email from the Vice Presidents containing Hendy’s advice this morning, the NEC has received an email from the General Secretary, which contains updated legal advice from Stuart Brittenden on Hendy’s advice. Brittenden’s advice is ‘privileged’ so again I cannot share this with you, but the upshot is that it reaffirms his original advice and conflicts with Hendy’s advice. The email also contains another document of an ‘independent’ legal view from a leading QC Michael Ford, which also does not accept that Hendy’s advice is ‘definitive’ as the Vice Presidents say it is and that is put out by the ‘Time for Real Change’.
I am told that I am bound by ‘collective responsibility’ by the Vice Presidents on the NEC decisions, but as I said earlier this is my personal FB Page and these are my personal views and I make them in a ‘personal capacity’ a term I have never used but now feel that I need to to protect my position and one widely used by members of ‘Time for Real Change’ when they do not agree with decisions made and speak against them on various platforms.
My personal view is that given the information that I have there are still serious questions on the validity and the legality of the decisions taken by certain members of the NEC in respect of the resolutions of the 6th October and I believe that I am duty bound to inform members of the union of this under my duties and responsibilities as a member of our union and a member of the NEC under rule.
I ask that you do not accept the spin’ of ‘Time for Real Change’ and that you continue to support the position taken by a number of NEC members including me as we continue to question the validity of the resolutions and their breaching UNISON Rule.
Thank you".
Other posts here and here
Posted by John Gray at Tuesday, October 19, 2021