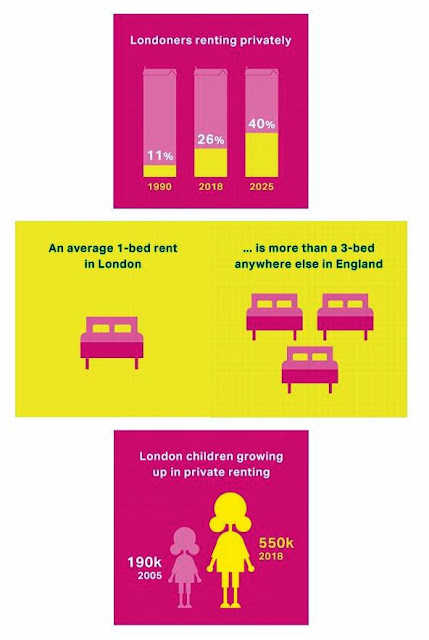 Some really great policies on reforming our broken housing market in London. In Newham at least 48% of our homes are now privately rented. It is not unusual for a one bed flat to cost at least £1200 per month. 50% of our families live in poverty once you take into account housing costs.

Hat tip http://conciliocomms.com/ -  "The Mayor launched his re-election campaign last week by calling on the Prime Minister to allow rent controls to be introduced if he wins power again. He said that a victory on 7th May would mean Boris could no longer ignore demands for the policy to be introduced as he would be 'ignoring the democratic will of Londoners'.

“That’s why today I am making the mayoral election on 7 May a referendum on rent controls – showing Londoners that I will stand up for renters. The prime minister will have to give us the powers we need because if he refuses to do so he will be denying the express democratic will of millions of Londoners. And as we have all heard Boris Johnson repeatedly say himself, the democratic will of the people must be respected and it is not for politicians to frustrate it.”

There are 2.4 million private tenants across the capital, spending on average 43% of their income on rent. Between 2010 and 2020 rent costs rose by almost a third in London, and the average private rent for a one-bed home is now more than the average for a three-bed in every other region of England.

How will that sound on the door step promising rent controls, when Sadiq Khan does not have the power to offer it?. A bit like going door to door offering a million pounds and then blaming the Government for not introducing the policy.