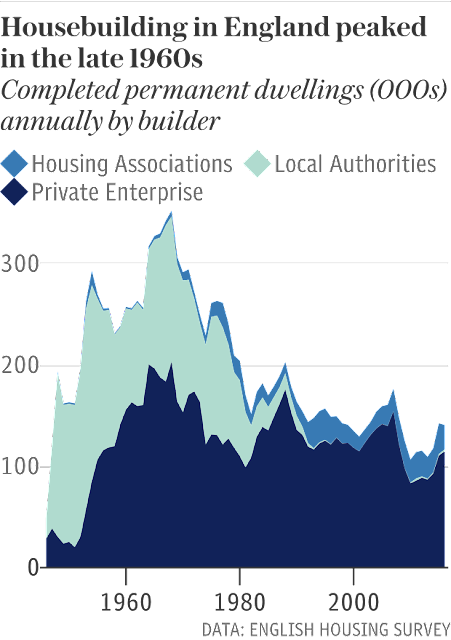 This article in today's Daily Telegraph shows that the Tories since 2010 will have built the fewest homes since the war.

The picture becomes even worse when you factor in population size. In the 1960s, the new-build construction rate in England was roughly the equivalent of one home for every 14 people over the decade. In the 2010s, that ratio was one to 43, more than three times higher."

While this is shocking and helps explain our awful homelessness and affordability problems the only answer on offer from the Tories is to "encourage" home ownership.

Hello? Look at the chart that they used above to illustrate the problems. You can see for yourself that the major reason for the decline in house building is the collapse of Council housing (see the green).  The Private sector and Housing associations never filled this gap.

If you want to solve the housing crisis in the UK then you have to allow Councils to build homes at scale and give them the government subsidy to make them good quality and truly affordable.