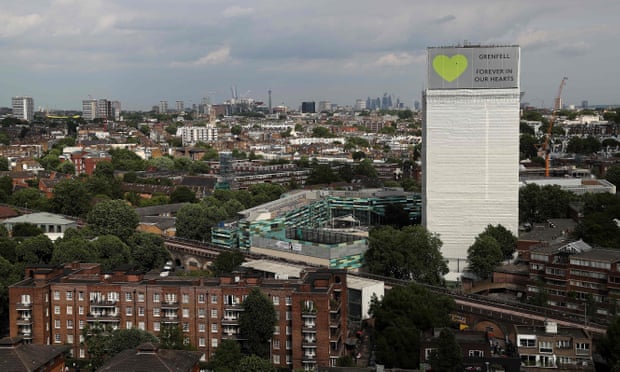 Completely agree.  Tenants have no collective voice, little power and very mixed protection. While the public sector is not at all perfect the private sector needs complete fundamental reform.
"Sweeping new powers must be given to social tenants as part of an overhaul needed to ensure a Grenfell-style disaster never happens again, a powerful cross-party commission will warn this week.
It found that social tenants are being failed by a system that leaves them waiting an average of eight months before their complaints are investigated, even when their safety could be at risk.
The calls for a once-in-a-generation rethink of tenants’ rights come from the Social Housing Commission, a year-long investigation brought together by the charity Shelter following the Grenfell Tower fire in which 72 people died. Its commissioners include the former Labour leader Ed Miliband, the Conservative former cabinet minister Sayeeda Warsi and the campaigner Doreen Lawrence, whose son Stephen was murdered in a racist attack in 1993. Lawrence said few people in positions of power “understand what this experience [being a social tenant] is like”.

Get Society Weekly: our newsletter for public service professionals

Read more
“I doubt they’ve ever had to live in poor housing or know what it is like to feel invisible, like no one cares,” she said. “The case for investing in social housing is overwhelming. We cannot solve the housing crisis without it, but the system must be made more responsive to tenants at the same time.”
The commission is demanding a regulator with similar muscle to the body set up in the aftermath of the financial crisis to fix a system that has left social tenants feeling ignored or branded as troublemakers for raising serious concerns. The panel is also calling for a “significant expansion” of new social housing as well as comprehensive changes to the way the sector is run. The commission has spent a year researching the housing emergency, with 31,000 people responding to its consultation exercise.
One of the main findings is how the current regulatory system is failing social renters. In 2017-18 the average time taken for a decision by the housing ombudsman was eight months. Deep frustrations were expressed to the commission by both private renters and those in social-rented accommodation. The commission’s full report is published on Tuesday".
Hat tip Guardian
Posted by John Gray at Sunday, January 06, 2019