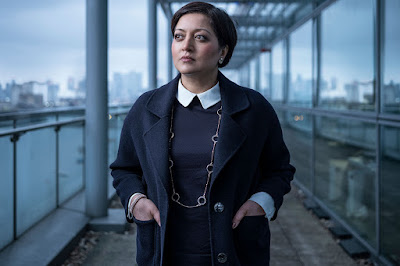 (hat tip "Inside Housing") Newham’s new mayor has a tough job on her hands to tackle some of the country’s worst housing deprivation. Peter Apps finds out how she plans to do it. Photography by Peter Searle

"Newham’s new mayor has a tough job on her hands to tackle some of the country’s worst housing deprivation. By several measures, the east London borough of Newham has the worst housing crisis in the UK. It has the largest gap in the country between the social housing that becomes available each year (588 homes) and the number of families waiting for it (25,729).

One in 25 people in the borough are homeless, the highest proportion in the country. Since last May, for the first time in 23 years, someone different has had the responsibility for turning the borough’s housing situation around. Newham’s new mayor is Rokhsana Fiaz, a first-generation daughter of Pakistani parents and a lifelong East Ender. Ms Fiaz is far from the archetype of an aloof, out-of-touch political leader. Her answer? To build thousands of council-owned homes for social rent.

This is something for which campaigners and commentators have been calling for years – but others have warned that it is impossible to do so in the current funding climate. Ms Fiaz is undeterred. “This administration is about pursuing what was thought of as impossible and making it possible,” she declares. While recent history is against her (in 2017/18, just 16 homes for social rent were built in Newham and just 157 have been added to the borough’s stock in the past three years), Ms Fiaz believes the policy climate is turning. “We are beginning to tear up the orthodoxy book that has very much framed the approach to housebuilding and housing delivery for the past couple of decades because it is just simply not sustainable. If you don’t want to be part of this new story about housebuilding in this country where councils are in the driving seat, that’s fine – you can go elsewhere because I’m only interested in working with developers and partners who want to be on the right side of history.”

Ms Fiaz is trying to make history in Newham. And if she succeeds in getting a generation of its children out of temporary accommodation and into their own homes, then history is exactly what she will make.