10,000 Housing workers face threat to their pensions because: "The whole yardstick for measuring the cost of liabilities in pension schemes is broken" 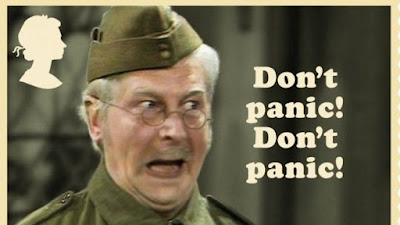 This is my message to UNISON  members of the Social Housing Pension Scheme, who will no doubt be worried about their family's pension futures.

Inside Housing magazine has reported on this completely unwarranted attack on the future of the Social Housing Pension Scheme (SHPS) which appears to be claiming it will have to increase employer's contributions by 50%.  If that happens then the whole existence of the SHPS is in jeopardy.

In my view, this is dangerous nonsense. While employees should wake up and smell the coffee about the completely flawed threats to their futures, employers in SHPS should not "panic".

My comment on line was this (not in print version)

"John Gray, branch secretary of the housing association sector for Unison, added: “I’m making a general plea for people to stop and step back. Let’s talk about this. I’ve got lots of members in my Unison branch who are members of the scheme. It’s really important to them and their future.

“The whole yardstick for measuring the cost of liabilities in pension schemes is broken and loads of schemes have been closed down prematurely for no good reason whatsoever.”

Why is it that similar so called "defined benefit" funds such as the Local Government Pension schemes are not in such a mess? Most of them are now nearly fully funded and employers have even reduced contributions are not threatening to massively increase them.

The method by which you work out the future cost of pensions is key. There is a huge amount of research that many schemes use completely flawed and outdated measurements. They think there is a problem, when there isn't. We need to oppose this outdated methodology and point out that the emperor has no clothes.

To be clear, trade unions members have been in the past reluctant to take strike action over their pay or other terms and conditions, but they have been willing to strike over their pensions. They do not want to retire and die in abject poverty. There could be massive strikes and protests if the chance of a decent pension is removed.
Posted by John Gray at Friday, October 19, 2018