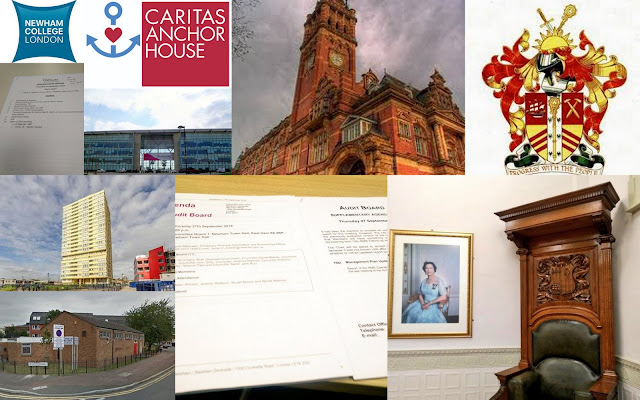 This is one day in my life as a Newham Council Cabinet member, which was particularly busy but pretty much reflects what all Newham Cabinet members experience on a regular basis. Compared to the Mayor's normal diary, it was probably a walk in the park.

I came back late on Wednesday evening from Labour Party conference in Liverpool. 9am on Thursday, I had my first meeting in Newham Dockside, chairing a working group of Council Officers on the future of Community Spaces (Centres) in the borough. A very difficult issue but the meeting (I felt) went really well and was positive and constructive.

Next I had to rush off to chair a UNISON London regional forum on the Local Government Pension Fund in central London. I had doubled booked myself so was a little late. In the afternoon I attended a fascinating meeting of the Newham Homeless Forum in Anchor House with Cllr Susan Masters, followed by a tour of the marvellous new register office at East Ham Town Hall. I then went across the road for a meet with Newham College of Further Education heads.

After that I had a surgery in my ward in the tenants and residents room in Brassett Point. Finishing with a meeting of Audit Committee in East Town Hall which ended around 9pm. (Followed by a short recovery drink in the Red Lion).

Hope this doesn't seem like gloating "look how busy I am" or "pity me". I am really enjoying the challenge because I am convinced that we (all Labour Councillors and the Mayor) will make a big difference for the better to the lives of our residents.