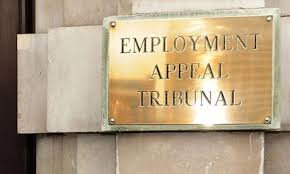 "Can an employer discriminate on grounds of philosophical belief where the employee is the only person to hold such a belief?

No, held the EAT in Gray v Mulberry.

Ms Gray worked for Mulberry. She refused to sign a standard contract clause assigning copyright in her work to her employer, fearing it would give them ownership over a novel and screenplay she was writing (even though the contract was amended to exclude them). She was eventually dismissed.

She claimed her belief in the sanctity of copyright law was a philosophical belief and thus a protected characteristic. The Employment Appeal Tribunal, after considering the necessary limbs for establishing a philosophical belief, held that the tribunal was entitled to conclude that the belief lacked sufficient cogency to qualify under the Equality Act 2010.

Of more interest, the EAT held that even if it was wrong, there could be no indirect discrimination because Ms Gray was (as far as the evidence went) the only person known to hold such a belief. Accordingly there could be no disadvantaged group, as she was not part of any group. Thus her indirect discrimination claim had to fail. Permission has been granted to appeal to the Court of Appeal". hat tip www.danielbarnett.co.uk
Posted by John Gray at Saturday, July 21, 2018