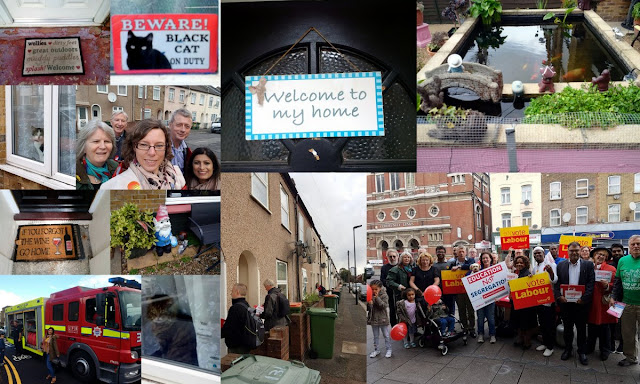 Picture college from Saturday's West Ham Labour street stall and door knock in Canning Town. Our MP, Lyn Brown, spoke to people at the stall while canvass teams called at addresses near bye.  The theme was the reintroduction of segregation into our Schools by the Tories.

In one street I was somewhat surprised to see that Labour Party data list said that two households had claimed to be supporters of the Scottish National Party? I suspect a coding error rather than support in Canning town for Scottish Nationalism. I may be wrong?

Apart from that it great canvass, Mostly positive, some negativity (A women promised me £50 if Labour wins the next election under Corbyn - I told her I will come back to claim the £50:) but overwhelmingly a rock solid Labour ward.
Posted by John Gray at Wednesday, October 12, 2016