Violence at work: When someone with a grudge against a Housing worker takes a can of petrol... 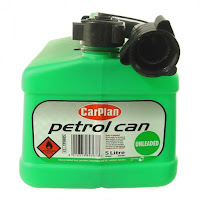 Last week was European Health and Safety week. This is a time to think about work related safety matters.

Early this month I was rang by the radio programme "BBC 5 Live investigates". They asked if I was available to be interviewed by the programme about housing officers facing violence at work.

My name and contact details had been given out by UNISON. They were not sure if I would be needed but wanted me as a reserve. Which is fair enough and the way media works.

The programme went out live on Sunday 2 October and I had to wait to see if I was called. As it happened they did not ring me about my experiences of violence at work as a housing officer. I have no complaints about that since they did interview Joanne, a housing worker in the South East of England and her story was simply shocking.

She described how a resident had thrown a chair at her in a meeting and had waited outside her office for her with knives. The police had also contacted her to warn that this person had been caught with a canister of petrol and admitted that they had intended to attack her, pour petrol over her and set her alight.

This is obviously an extreme event and thankfully very rare. However, the programme also referred to a recent Inside Housing survey where 7/10 Housing officers said that they had been punched, attacked with a weapon or held hostage. Violence at work is completely unacceptable and while some housing organisations work well with staff and unions to make safety a top issue, some don't.

I was quoted in the article about the survey:

According to the TUC in a unionised workplace you are twice as safe as in one where unions are not recognised.