AMNT Summer Conference Monday 13 June "Do trustees delegate too much"? 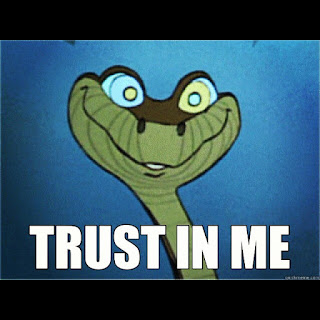 Click here to come if you are an AMNT member or member nominated pension trustee.

Sessions on the agenda include.

Paul Trickett is Chair of Railpen Investments as well as carrying out a number of other Trustee and NED appointments in the financial services sector.  Prior to this he worked at Goldman Sachs Asset Management, Towers Watson and was previously CEO of the British Coal Pension Schemes

Rory Murphy  MNOPF
In the last five years the MNOPF has won numerous industry awards for their innovative de-risking projects and investment strategy and good governance is at the heart of the MNOPF’s success.  An early adopter of journey planning and one of the first large pension schemes to implement fiduciary management, this case study will highlight how the MNOPF has gone about delivering consistently improving funding levels with reduced risk and volatility.

Jonathan Stapleton
Editor-in-Chief, Professional Pensions and Workplace Savings & Benefits who says...
The pension freedoms were launched in April 2015 and are now bedding in; the government consulted on overhauling pensions tax relief before deciding to hold back from radical change; the annual allowance taper came into force; and schemes had to grapple with the end of contracting out and GMP equalisation.

In addition to this, we have seen the introduction of a Lifetime ISA and independent governance committees; and a revised DC Code will come into force in July.

Yet, at the same time as all this change trustees continue to face the challenges of ongoing scheme management and funding – and are increasingly reliant on the support and expertise of their consultants, advisers and service providers to help meet their objectives.


But some are now questioning whether trustees are now too reliant on external help – and are perhaps delegating too much to third-party consultants and providers.

The theme of the AMNT’s Summer Conference – Do trustees delegate too much? ­– comes at a crucial time for UK pensions and I very much look forward to hearing the views of both AMNT members and speakers on this topic.

AMNT’s members are absolutely vital in helping to ensure pension schemes are well governed and can deliver value for money. I think the AMNT’s conference will be a great chance for me to explain the work of the Transparency Task Force, so much of which is being done for all types of scheme trustees including lay trustees, and how what we are doing is a “bullseye” hit on the issue of value for money. You’ll hear about the obstacles we need to overcome and how we’re doing just that, in a collaborative and consensus-based way.

Also, given all the regulatory-led and market-led changes taking place in the world of pensions right now I am absolutely convinced that the need for trustees to be right up-to-date has never been higher.
So this really is a must-attend event if you want to be confident of handling your fiduciary responsibilities correctly, for the benefit of your scheme’s members.

And I know the networking and social side of things will be great too – see you there!
Kerry Coleman ​joined The Pensions Regulator in 2011 as eLearning Manager, responsible for delivery of the Trustee toolkit and Public Service toolkit online learning programmes.

Kerry has worked in financial services for 20 years, starting out as an independent financial adviser before specialising in occupational pensions. Over the last 12 years Kerry has been working as a training consultant, with a particular focus on the web.
​ Kerry looks forward to her session with amnt on 13th June.​

Colin Meech of UNISON joins us on the panel -