Speech on a "New Direction for the Labour Party" Motion 3 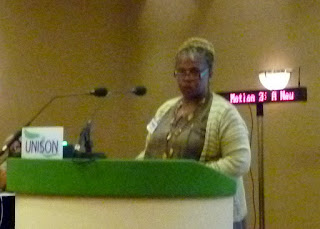 Forum, I’m not here to sing the praises of the Labour Party and the Last Labour Government. But I could.

Equally I am not here to try and bury them either, which I could as well.

Instead what this motion is concerned about is making sure that at the next General election the Labour Party has a simple and clear overriding policy that not will not only inspire and unite us, but would be a platform to victory and give a mandate for the most far reaching and radical Labour government since 1945.

Our society has become more and more unequal in recent years and decades. The gap between the rich and the poor, has become bigger and bigger. For decade after decade this gap has now become a gulf. It is now time not only to stop this – but to reverse it

In the past this forum has agreed with the research found in the Book “The Spirit Level” that the more unequal the society in terms of income, the greater the ill health, the shorter the life expectancy;

The more unequal the society, the greater the crime rate, the shorter the schooling.

Forum, Income inequality kills, it destroys people’s lives, if wreaks our society and divides us into the few haves, the many have nots... and the remaining... have nothing.

So forum we know what the problem is – next we have to decide what to do about it?

The most successful societies in the world are therefore those who have the smallest gap between the rich and the poor. No society is perfect; no society is an absolute model for our island to choose.

But there are two facts things about more equal and successful societies.  One is that they have much higher rates of progressive taxation and public spending.

The second fact is the gap between top and the bottom in terms of pay is simply, much, much lower.

So the answer Forum is the next Labour government must be brave, it must be decisive. It must legislate for progressive taxation to pay for improved public services. Next it must also legislate and take action to bring down the pay of the rich and bring up the wages of our people.

Let us have a living wage not a minimum wage,  Let us end the scandal of public subsidy for bad employers who don’t pay decent wages; Let us follow the lead of the new French socialist president and lower the salaries of top public servants,  Let us as they do in many other countries let us put worker representatives on the boards of all companies; Let us rebuild an economy that delivers good jobs on decent money and not one built on financial speculation

We need our Party, our Labour Party to agree to promise to reduce income inequality by the end of its term and to take the necessary political and economic action to achieve this goal.

What we want Forum is not rocket science. It is a plain and simple. We want a better society for ourselves and our children and this is one of the ways to achieve it.

A society based on Fairness and need which will benefit all. Finally Forum, in one way this is not really about a new direction for our party - as a much needed return to our roots.