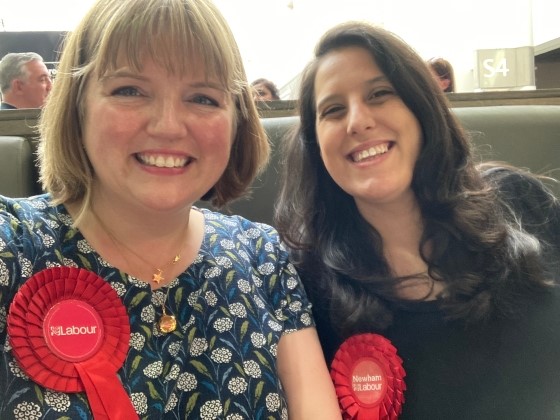 "It's now May the 17th and I feel like I am only now emerging properly from the post-election haze and back into something like normal life again. The last few weeks before an election are always busy with campaigning but this year's campaign was particularly short for various reasons.

Campaigning for an election is surprisingly fun. But it's also very physical work, with lots of walking around, carrying bags of leaflets, and a fair bit of tramping up and down stairs.

So Sasha das Gupta and I were tired but happy by the time it came to the count, the results were announced, and we were re-elected as Labour & Co operative councillors for Forest Gate North.

I'd like to thank everyone who voted for us. Being re-elected is a privilege, and not one that either of us takes for granted. We have knocked on almost every single door in the ward over the past few months and spoken to many people, and we'll keep on doing so during our term of four years. Big thanks also to those local Labour members who helped with campaigning, to our opponents, to the Council officers who worked hard to make the election work, including counting all those votes, and especially to all the residents who offered support and encouragement.

In the meantime, there is plenty to do. The problems with recycling collections seem to have abated for the moment, but the situation with so many missed collections was really not up to scratch at all, and is being taken extremely serious by everyone. Turn out was low across Newham (and elsewhere) and we need to keep on working hard to show how important local government is, and to encourage people to have their voices heard.

It is a smaller ward this time, with part of the old Forest Gate North having been carved off to create the new ward of Maryland. So we are now a two councillor ward, shortly to briefly be a one councillor ward when Sasha takes some time away from the role to adjust to another new role, of being a mother! During this time I'll post online about who is available and when, and will draw on support from colleagues as needed to make sure residents aren't left without representation.

This map shows the new ward and its boundaries. Some of you reading this may see that you were previously part of Forest Gate North but now you are not. If that's the case then it's been a pleasure representing you (and you can naturally carry on reading the blog!). 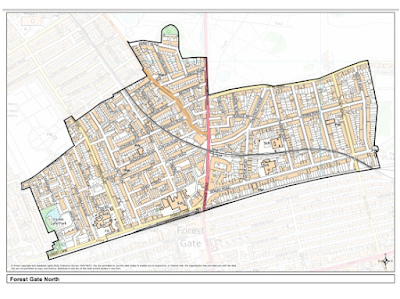 For those still within the reduced ward, I'll carry on working as hard as I can to promote everything about Forest Gate North that is so brilliant, to improve those things that aren't, and to help those who need it."

Full election results for all the wards are online here: