How to hit the Tories in the Ballot Box 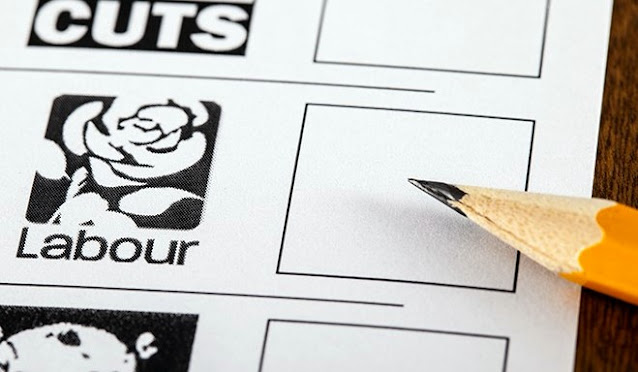 Great post by UNISON General Secretary Christina McAnea
"Political leaders of all parties will be watching nervously to see how well their candidates do in this week’s local elections.

Results often show how happy or unhappy people are with their local politicians and the local services they’re getting. But it’s also a big reflection on how satisfied voters are with national party leaders.

For Boris Johnson, this Thursday will be a referendum on his time in office as prime minister and could trigger a leadership challenge.

Reports suggest he could lose as many as 550 council seats – which would be the Tories’ worst local election results since the 1990s.

Voting for a party endorses their actions and policies, and quite rightly, many voters won’t stand by them after the ‘partygate’ scandal and as the cost of living crisis continues.

When you use your vote, remember you’re voting for the politicians you want in charge of your local area, for the future of the services you rely on every day, and for the sort of society you want for yourself, your family, and friends.

Political decisions made in council chambers will affect the services available for vulnerable children, elderly relatives, families in need, and how well kept your local libraries, swimming pools, parks, and streets are.

Workers delivering these services do a great job for our communities. I know this because many of them are our UNISON members, but direction and budgets are set by the politicians.

These elections are so important because UNISON members use services – just like the rest of the public – but they also deliver them. After a decade of cuts to local authorities, our members know the challenges faced by councils.

When you use your vote, remember you’re also sending a message to those at the very top. If the cost of living crisis and ‘partygate’ aren’t enough for you, then just take a look at this morning’s news – the prime minister is planning for housing association tenants to buy their homes at a discount.

The legacy of the Thatcher government policy on right to buy depleted housing stock, while abolition of right to buy in Scotland and Wales has meant public authorities have been better able to meet local housing need.

His new plans will surely only fuel the housing crisis with fewer homes available at social rent.

Many of you are already out campaigning for the Labour Party to win council seats in England, Scotland, and Wales, but there are also elections in the Northern Ireland legislative assembly.

No matter where you are, you can vote against the Tories. Hit them in the ballot box with a clear message that we don’t trust them to run this country, we don’t trust them with our public services, and they have themselves to blame for the cost of living crisis".
Posted by John Gray at Wednesday, May 04, 2022