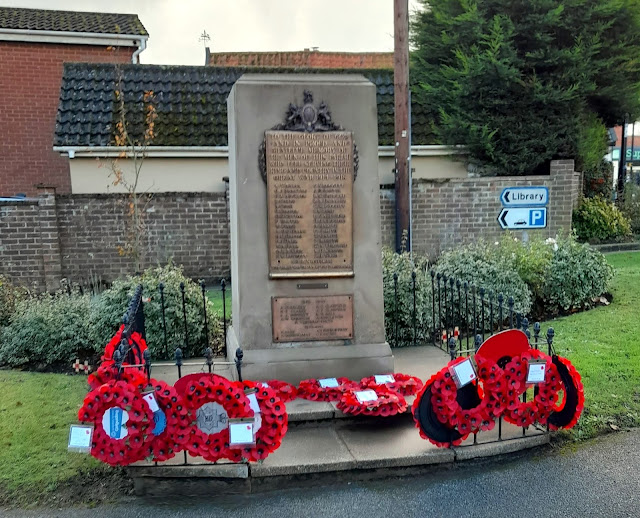 Off message but this weekend Gill and I were away in Suffolk for a special family wedding. Normally on Remembrance Sunday, we would have attended the service today at All Saints, West Ham, with local Councillors and our MP, Lyn Brown.

This morning, after packing up at our holiday cottage, we went to the local service in (by coincidence) All Saints, Wickham Market, Suffolk.

It is also a beautiful ancient church (although at "only" 700 years it is not as old as All Saints, West Ham).

The service was respectful, well delivered and thoughtful. What was most striking to me was that a British Army officer in full uniform, read out all the names of the villagers killed in World War One and World War Two.

While as dreadful as the World War two casualty list was, the huge and staggering number of dead from the conflict 1914-1918 must have simply decimated the numbers of young men in this rural village. How many more who survived must have suffered life changing injuries both physical and mental?

After the service, wreaths were laid at the war memorial outside the Church followed by refreshments at the British Legion club.