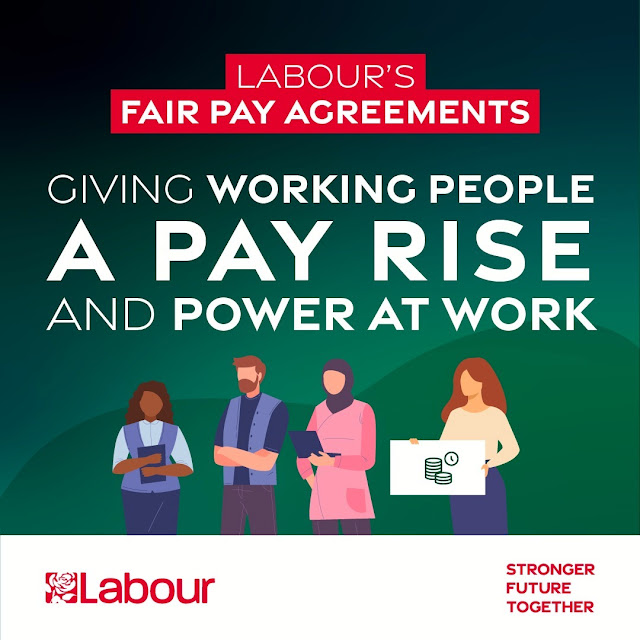 This evening I enjoyed a tasty curry in Whitechapel with a UNISON comrade. During which we discussed how Labour Leader, Keir Starmer, can win back economic left minded but often socially conservative working class voters.

I have been meaning since Party Conference to post on the progressive employment policies announced by Deputy Leader, Angela Rayner, which I think we all ought to be banging the drum about more. The aim is to end poverty working and insecure employment for 31 million workers.  It will also bring back working class support for Labour. After recent electoral disasters in "Red Wall" heartlands we must have a radical but believable economic "left" offer.