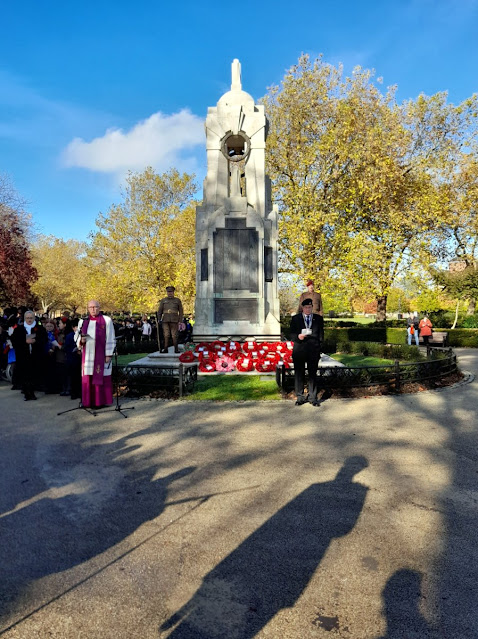 It was a very well organised and moving ceremony. Many thanks to the British Legion, Newham Catholic Deanery Schools, Historians and Newham Council events team.

I will remember the many marvelous speeches, songs, prayers and contributions but will never forget the toddler who had escaped her mum to wander in front of the cenotaph during the two minutes silence and later was trying to copy The Reveille trumpeter by blowing into a rolled up programme.

The main shadow in the picture is that of our Newham Deputy Lieutenant, John Barber, in his full uniform.
Posted by John Gray at Thursday, November 11, 2021