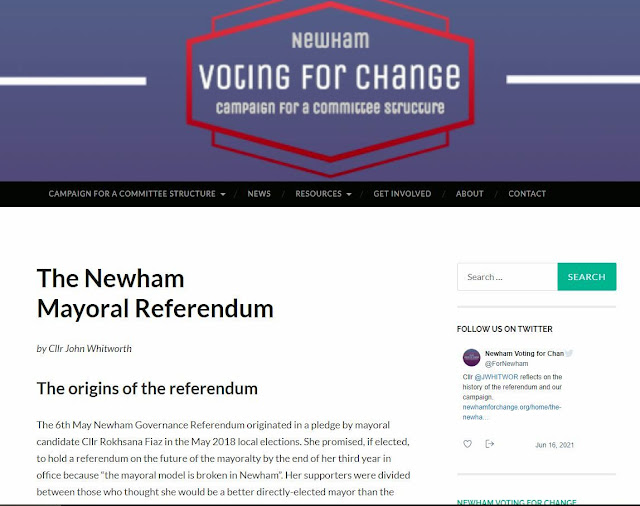 Not only a historical record but I in particular, agree with his final point.

"Many of the committee model campaigners from Newham will be willing to use their experience to support the challenge to the mayoral model in the October referendum in Croydon posed by the leader and cabinet alternative – and indeed in other authorities where the directly-elected mayor is contested."

Some of us will be arranging a future meeting of people interested in keeping N4C going (in a different form) as a wider campaigning body for the democratic reform of local government.