A Day in the Life of a Labour Movement Activist 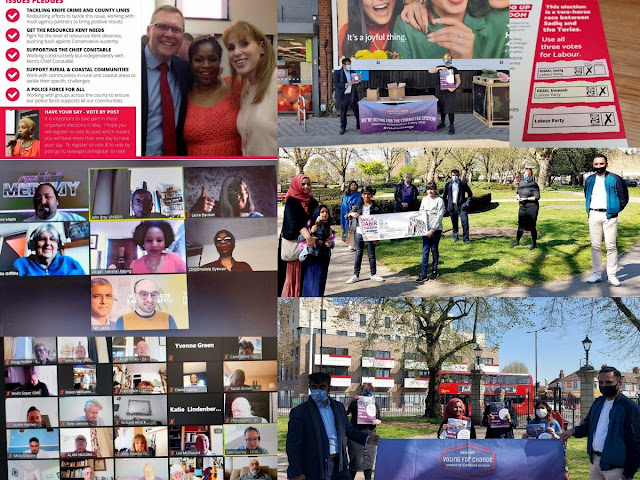 A busy but satisfying Saturday. Started off with being a UNISON delegate to the virtual TUC London and South East Regional Council AGM.

During which we were reminded that today was the 8th anniversary of when the Rana Plaza factory building in Dhaka, Bangladesh collapsed. This tragedy took the lives of 1,138 people, mostly young women, and injured around 2,500, making it the fourth largest industrial disaster in history. #WhoMadeMyClothes

Then Labour telephone canvassing for my UNISON colleague, Lola Oyewusi, who is standing to be the next Crime and Police commissioner for Kent. More people answered the phone than in similar East London session and I had a number of very interesting conversations with voters.

Next was a physical stall in Forest Gate on the Newham Mayoral Referendum, which is also taking place on May 6. I am supporting the change from an Executive Mayor system to the more democratic and accountable Committee model. Again, I had more interest and interaction with local residents with this stall than I have ever had in the past with Labour Party stalls (in the same spot next to the Co-op). No one I spoke to was fully in favour of continuing with the Mayoral model and many passionately against it.

We then went to support a community event in Central Park, East Ham for the "Walk with Dabirul Chachav". Dabirul Islam Choudhury MBE, aged 101,  was inspired by Captain Sir Tom Moore,  has raised more than £420,000 for charity by walking laps in his garden in Bow.

At home I did some local telephone canvassing for Labour in my West Ham ward then went off and delivered leaflets to postal voters in Forest Gate North.