Newham remembers the 80th Anniversary of the Blitz 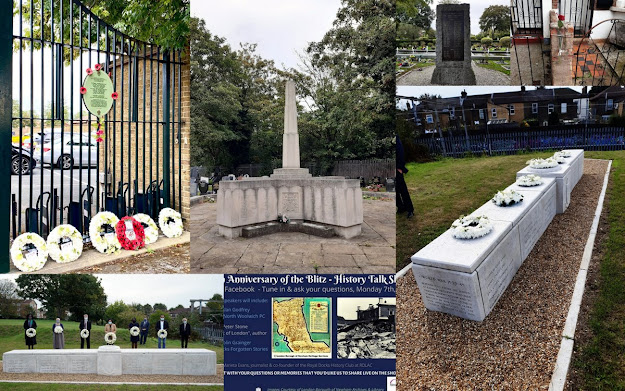 Today (7 September 2020) is the 80th anniversary of the Blitz when during the second world war, Nazi Germany tried to bomb Britain into submission by massive air raids in 1940/41. Some 43000 civilians were killed and many more injured.

In Newham we marked this day by firstly holding a ceremony at the Council repairs depot in  Abbey Road E15 at 9am remembering the 13 Air raid wardens and firefighters who were killed at this site by a direct hit on 7 September. Modern day fire fighters from the LFB and many council repair staff were in attendance which was led by the Newham Mayor, Rokhsana Fiaz and the Deputy Mayor (Community) Cllr Charlene McLean.

Next. we laid wreaths at the East Ham War memorial and mass grave site for civilian dead at Manor Park cemetery E12. I was asked to say a few words and just pointed out that we must never forget that it was the rise of fascism in Germany which resulted in all these innocent deaths and that we must constantly be on our guard against fascism to stop this ever happening again.

Afterwards, my Councillor colleagues for West Ham ward (Cllr Charlene Mclean and Cllr John Whitworth) and I went to East London Cemetery E13 to visit the West Ham war memorial and mass grave which listed the hundreds of civilians killed by Nazi bombing (as well as 7 Royal Navy sailors from HMT Abronia which was also sunk I assume in the docks on 7 September 1940).

We also paid our respects at the memorial and mass grave of 105 London Borough of Hackney residents buried at this cemetery.

It is clear from all these memorials that whole families were wiped out due to the bombing including unnamed babies whose names had not yet been registered.

Later we went to Ranelagh Road E15 in our ward and placed a single red rose at the site of a local tragedy. A German war plane had been shot down on 7 September by RAF fighters but it had crashed into the gardens killing 5 local residents who had been hiding in their air raid shelters.

This evening there was a excellent Facebook live panel video with local Newham historians about the Blitz. You can see the recording here:-