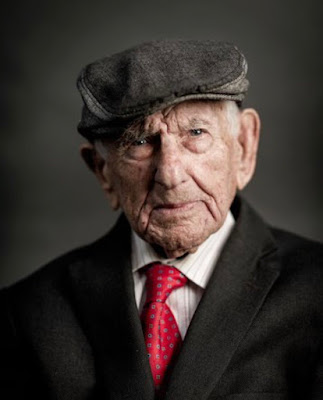 Life long anti-fascist and former "Red Stepney" Councillor for 15 years, Max Levitas, has passed away aged 103. I first met Max many years ago when he was probably in his late 80s and he addressed a meeting of Tower Hamlets residents opposed to the stock transfer of its Council estates to housing associations.

To my surprise, after savaging the Council, he then turned his fire on certain left wing anti stock transfer protestors, who he also attacked in no uncertain terms. I asked a trade union colleague, who was a member of the trotskyist SWP sitting next to me, what was going on? He replied "We are still the Wreckers and Splitters".  Max was of course also a lifelong supporter of the Communist Party of Great Britain (CPGB). Fabulous photo of Max above by Charlotte Barnes. 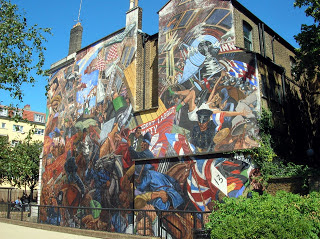 Check out this marvellous interview of Max on Channel 4 News. 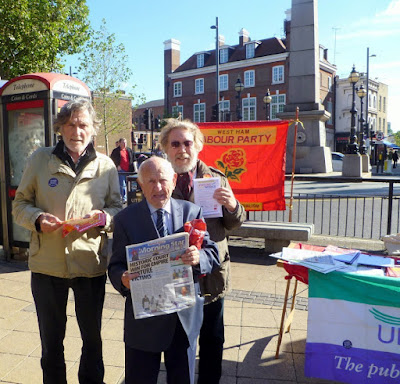 Max used to take number 25 bus from Stepney to do his shopping twice a month in the Stratford Centre, Newham and occasionally he would join our regular Saturday, West Ham Labour Party street stall and have a chat with us, warn us about Trotskyists, exhibit the "Morning Star" and happily pose for photos. He told us that he would always vote Labour unless a "real communist" was standing.

Definitely end of an era and an important link in our history but the modern day battle against fascism in all its forms continues. RIP Max
Posted by John Gray at Saturday, November 03, 2018