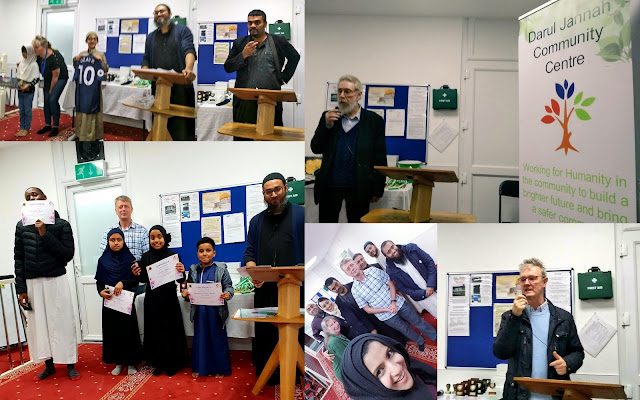 I was really pleased tonight to be a guest at the Darul Jannah community centre in my ward, alongside Cllr John Whitworth, Cllr Anam Islam and Cllr Shaban Mohammed as well as local Police and other community activists.

The centre has been open for 2 years and the ceremony tonight involved making speeches, listening to prayers, islamic hymns and giving out prizes for achievements and attendance to the students who have religious classes at the centre. There was a fantastic hymn by a group of young girls.

In my speech I compared the Darul Jannah Islamic tradition of a strong inclusive community, charity and love of family with the close knit, socialistic community that I knew growing up as a child in North Wales.