Clear out West Ham CLP HQ aka "the Pie Shop" 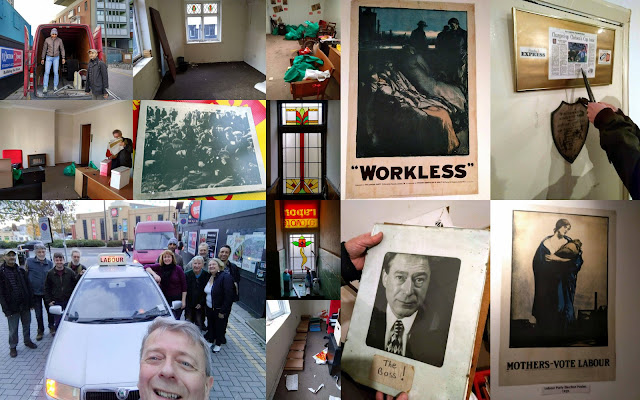 Our local Labour headquarters since the 1970s has been sold to a developer who is going to build a high rise block on the site.

It used to be a newsagents and a "fish n chips" shop in the past.

The national Labour Party has a large capital sum and we locally have been promised contractually a space in the new building that will be twice the floor area at a peppercorn rent.

This was probably the 3rd clear out that we have had but we are nearly there. A van full of rubbish was taken to the Newham tip but a number of historical items are being rescued and stored until we get our new home.

The "Vote Labour" roof car sign has not been used according to CLP Premises officer, John Saunders, since Arthur Lewis times. However, I put the plug into my car and it worked.
Posted by John Gray at Sunday, November 11, 2018