Closing the housing gender pay gap in a "mans world". 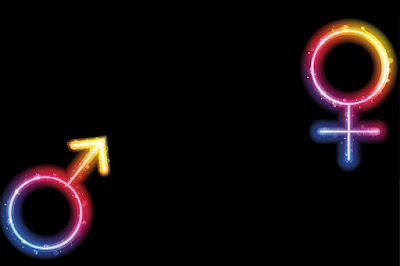 Check out this article in last Friday's Inside Housing on the recent compulsory disclosure on gender pay in the sector.  I made some points on behalf of my UNISON branch.

The figures came to light at the end of April when the deadline passed for businesses and charities with 250 or more employees to report their gender pay gap, differences in bonus pay and pay structure under the Equality Act 2010 (Gender Pay Gap Information) Regulations 2017".

"Despite outperforming the national average, housing is nonetheless a man’s world: men’s median hourly rates are higher than women’s at 42 of 50 organisations.

The majority of the highest-paid employees are also men: the proportion of women in the top pay quartile is only greater than that of men at 14 organisations. A further two landlords have a 50/50 split between male and female workers in this quartile.

By contrast, most of the lowest-paid employees are women: eight in 10 associations have a higher proportion of female than male workers in their lower pay quartile. A further two have a 50/50 split. Women outnumber men in the upper-middle and lower-middle pay brackets.

There are significant variations between associations. Genesis, which merged with Notting Hill Housing earlier this month, reported a median gap of 28.6% while, at the end of the scale more favourable to women, GHA had a -45.9% gap.

John Gray, branch secretary for the London housing association branch at Unison, where membership is about 70% female, says the results are unsurprising but adds: “Housing organisations are predominantly women so we don’t think any organisation should have massive variations in this.”

He suggests having a predominately female workforce – as many care organisations do – is not a valid excuse for a gender pay gap. “They are selecting [and] promoting predominantly men into senior positions,” he says. He adds that if the union finds people are being paid differently for equal work, it would be the foundation for possible legal action.

“Poor performers need to have their cage rattled and local authorities can play a role in this.” - John Gray, Unison

Mr Gray hopes councils, which can take social value issues into account when entering partnership arrangements, will ask for gender pay gap data. “The poor performers need to have their cage rattled and certainly local authorities can play an important role in this,” he says.

GHA declined to speak to Inside Housing so it is unclear whether the association wants to tip the scales back towards men. However in a statement published with its figures, group director of finance Steven Henderson said “family-friendly policies and flexible working” had helped the association attract and retain women, but that it aimed to attract more women into environmental roles. Men make up the majority of GHA’s lower-earning staff because the neighbourhood environmental teams – providing concierge services and ground maintenance – are 97% male.

He said the organisation also needed to do more to attract men into housing officer positions.

Many area housing managers, part of GHA’s top pay quartile, had been promoted from its teams of housing officers, which are 72% female".

I note that GHA has a strong UNISON membership. Check out rest of article here (but subscription required) Hat tip reporter Kate Youde.
Posted by John Gray at Tuesday, April 24, 2018