Why can't actuaries make their minds up? 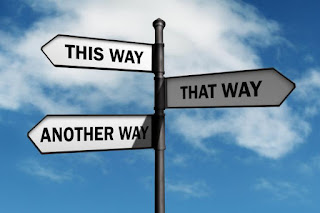 
"John Gray asks why agreement can’t be made on appropriate discount rates for the LGPS.

Currently I sit on three different open defined benefit pension bodies in different employer and employee roles. While I think that all my past and present scheme actuaries are personally wise and wonderful. I just wish they could agree with each other a little more often.

For example, at the moment those of us who are involved in the Local Government Pension Scheme (LGPS) in England and Wales are gearing up for the triennial valuation of funds this April (April 2017 in Scotland).

Net Discount
The LGPS is collectively one of the biggest funded pension schemes in the world with some five million members and assets of around £192bn. Bizarrely there are currently 101 different administrative authorities who manage the scheme. It is a major investor in the UK and overseas.

Some 25% of active members do not work directly for local councils. Income from its investments subsidises the cost of providing pensions by some £3bn per year. While nearly all funds have historic deficits due to past underfunding, future employer contributions are capped.

Putting aside for the moment the important arguments that the way we calculate pension liabilities (and therefore deficits) is simply bonkers in these days of negative inflation, QE and ridiculously low gilt prices, we need our actuaries to make up their minds about what is the correct Net Discount Rate (NDR) ‎to apply to this national scheme.

The discount rate really matters. It decides future funding requirements and – most important of all to financially hard pressed councils and other LGPS employers - decides what their contributions will need to be.

NDR is the projected growth of the fund above inflation. So if the inflation is assumed to be 2% and growth is 5% the NDR would be 3%. The sting in the tale is that the lower the NDR the more employers will usually be expected to pay.

Range of discount rates
Quite rightly it is our scheme actuaries who make the final decision what the NDR is after consultation with the administrative authorities. However, currently there are a range of net discount rates across the different funds in the LGPS that go from under 2% to 3.5%. Different actuarial companies hold different 'house views' on discount rates. The question is why.

I could just about understand different schemes having different discount rates but for funds that offer the same scheme benefits with the same extremely strong employer covenant this doesn't seem credible.

Two of the four actuarial firms that value the LGPS tend to have lower NDR than the others. If they all used the same  NDR as the Government Actuaries Department, which is 3%, then it has been estimated that the combined LGPS deficits would be cut by nearly a half, a staggering £19bn. This suggests to me that since the NDR drives contributions many employers are already paying far more than they need to.

The NDR is not the only controversial assumption (otherwise known as an educated guess) made by actuaries. There are different assumptions made and argued over around future inflation, pay increases and life expectancy. There is even a debate about whether or not life expectancy is currently declining.

If liabilities and contributions to the LGPS are over stated by some too prudent actuaries then this will lead to further politically motivated attacks and scaremongering upon the LGPS. We cannot allow the LGPS to be destroyed in the same way as happened to defined benefit provision in the private sector.

John Gray is a pension board member at the London Borough of Tower Hamlets. (Personal capacity and hat tip to Glyn Jenkins from UNISON following his recent presentation to the London Pension Forum).
Posted by John Gray at Monday, March 14, 2016