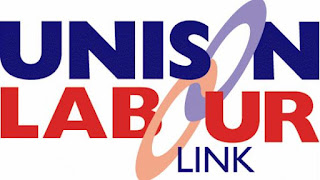 It’s that time of year again. Another week, another Labour movement AGM and election.

The ballot papers for this year’s UNISON London Labour Link (also know as the APF – the UNISON Labour Party political fund) Committee, Forum and Party conference have arrived. UNISON is constitutionally part of the Labour Party.

Unlike other trade unions UNISON has two separate political funds. One supporting the Labour Party and the other is the "general" political fund (GPF). UNISON members can choose which fund (or no fund) they pay into.

Below is the centre left election address and slate which I support. We have a fantastic full range of candidates (apart from me of course!) this year from across the region. These are my recommendations and in personal capacity only.

UPDATE: Good news. The above slate was successful and we won all the positions.
Posted by John Gray at Wednesday, March 02, 2016