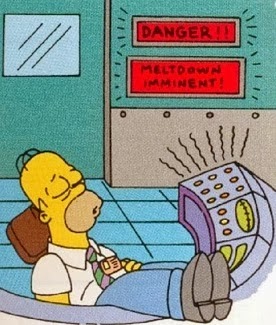 This is very important. I will say this only once! If you have been in the Local Government Pension Scheme (LGPS, Council pensions scheme, superann etc) and for whatever reason you have stopped contributing into the scheme BUT you still work for that employer and can rejoin - then do so before April or else.

do it now, don't delay, don't forget about it, don't put it off. Rejoin the scheme. You already know it makes sense but if you don't rejoin before the new scheme in April you could lose big time (see below).

From UNISON's National Pension Officer Glyn Jenkins
"The Regulations changing the LGPS will come into force with effect from 1 April 2014 . PLEASE DO WHAT YOU CAN TO MAKE COLLEAGUES AWARE OF THE MESSAGE BELOW AS SOON AS POSSIBLE

1. Below is an important update (that was on the UNISON website News section), covering where we are on the Transitional Regulations that will set out the protections on benefits earned before April

2. Last chance reminder that anyone who has currently opted out of the LGPS MUST rejoin immediately if they want to ensure the earnings link protection on any final salary benefits they have earned up to April 2014 ( there may be some protection for those who opt back in within 5 years of opting out). If the cost of the contributions is the problem then they should be reminded that from April there is an option to pay half their normal contribution rate for half the pension. They should approach their employer pension department and ensure that the forms to rejoin has been returned and received before the end of this month. If they are not actively contributing to the scheme then any benefits they earned before they opted out that fall outside the proposed five year window protection to opt back in, will go up in line with prices (currently Consumer Prices Index) not earnings

3. Anyone thinking of paying Additional Voluntary Contributions to maximise tax free lump sum payment when they retire so they don’t have to exchange so much of their pension for cash at the relatively poor exchange rate of only £12 cash £1 pension should elect to start paying the contributions BEFORE April 2014. If members elect to pay AVC’s after April then when they retire they are likely only to be able to take part of their AVC fund as a cash sum ( currently 25% of the value) and the remainder they will have to buy extra pension at whatever the annuity rates will be in the future from a pension provider like an insurance company. Members ,especially those near retirement , should consider paying AVC’s if they can afford it and approach their employer pensions department for details of the AVC arrangement operated by their employer/LGPS fund. They can as an alternative buy extra pension in the LGPS.

The government regulations covering transitional arrangements for the Local Government Pension Scheme are still delayed, because the government has yet to decide whether councillors should continue to be allowed to join the LGPS, following its consultation last year.

UNISON head of pensions Glyn Jenkins, who sits on the group that is checking the draft regulations, commented: "There are no plans to reduce the protections that have been agreed, which are in the current draft."

As drafted, this would mean the 'rule of 85' protection will go over into LGPS 2014 unchanged from what it is now. So any part of a person's service that is currently covered by the rule of 85 would not be reduced for early payment if she or he decides to retire at 60, unless they have not completed enough service by that time to satisfy the rule.

Those who voluntarily decide to retire between the age of 55 and 60 with full or part protection for the rule of 85, would have an early retirement reduction unless the employer agreed to pay to remove it.

There is still fine tuning to be done about the level of the reduction in such cases.

UNISON believes it has succeeded in arguing that the reduction will only count back from age 60, not 65, but this will be confirmed when the regulations are laid.

Also as drafted, the current definition of final pay and the protections on pay will remain the same for all service up to April 2014. The underpinning protection for those who were within 10 years of their normal retirement age at April 2012 is also in the current draft.

"UNISON is pushing for the transitional regulations as drafted to be laid as soon as possible, to remove uncertainty," said Mr Jenkins.

"In fact, all those who want the final earnings protection on their LGPS service to April 2014, must make sure they are contributing to the LGPS when the regulations change in April."

The Scottish LGPS and Northern Ireland LGPS are separate.
Posted by John Gray at Sunday, February 09, 2014