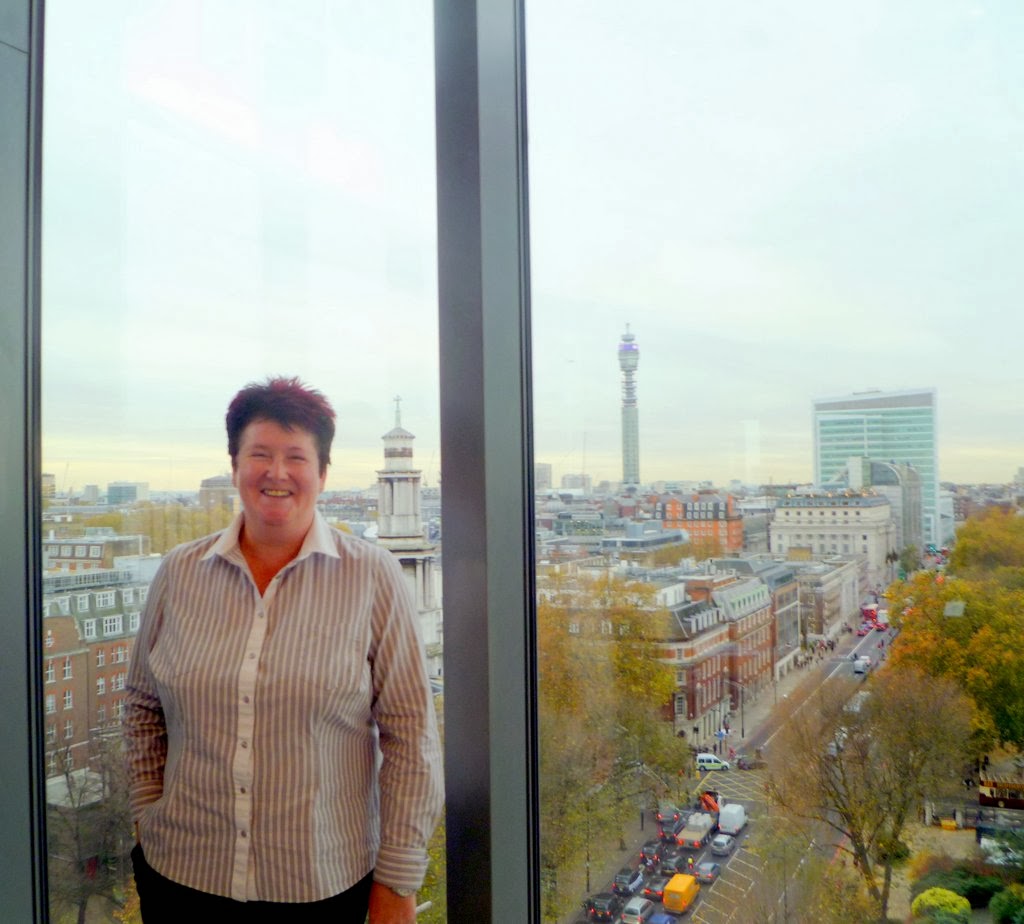 This report is on the UNISON National Executive Committee (NEC) Meeting which was held on 4 December 2013 at the UNISON Centre, Euston Road, London.

This is my personal report from the prospective of a Community NEC member. Please circulate to any UNISON members in your branch who are in the Community Service Group (predominantly housing associations and voluntary sector members).

The NEC is the UNISON Parliament (outside our national conference) and made up of elected lay activists from all the different parts of the union and from all over the UK.

NEC meetings are normally chaired by the President of UNISON who this year is Maureen Le Marinel (see picture). She works as a Police control room operator and is secretary for Lancashire Police branch. Maureen is the first gay women to hold this office in the union.

Our General Secretary, Dave Prentis made his report to the NEC. Dave reported on further Government cuts to services that will impact all members across the union. The importance of Pay moving up the political agenda and becoming a key issue.

UNISON will be encouraging members to join credit unions instead of using pay day loans. The Union is financially secure but will not use our reserves to pay for running costs.

He is pleased that Labour and Ed Miliband is taking up the unions views on Zero hours contracts and attacks on TUPE.

During a wide ranging questions and answers session Dave acknowledged that we are no longer a single employer trade union and we will have to change with the times.

During a debate about the role of strikes and demonstrations I made the observation that as a lay activist I enjoy marches and taking part in industrial action as a last resort but we should spend as much time and effort on organising and recruiting in workplaces. Because are in a “chicken or egg” situation. Until we raise our density levels and steward structures it is very difficult to have successful strike actions.

There was an encouraging report on the recent UNISON advertising and recruitment campaign which has brought in 4,000 new members per week in a 5 week period.

I commented on the full page adverts in our sector such as “Inside Housing” which does encourage recruitment but also supports the presence of the union at work. There was a 30% increase in recruitment compared in 2012.

There has been a large rise in our Community membership (and young members - which is always very good to see). The Private and Voluntary sector has made up 25% of all new joiners to the union.

It was also announced that there was a special legal working group looking into the consequences of the recent court case about TUPE and consequent pay awards.

During the finance report I asked about the impact that the problems the Co-op was having and the ongoing right wing attack on mutualism.

There was an update on National Delegate Conference 2014 which is being held in June at Brighton.

UNISON is starting an Apprenticeship scheme for its own workers. 6 young people have been employed in Camden (home of Unison centre). This is an experiment which it is hoped will be rolled out to the regions. The apprentices will all be paid a living wage (not the government £2.85 per our) and will be offered Level 3 not level 2 training.

There is a review ongoing on the effectiveness of the “Fighting Fund” organisers before a decision is made on whether to move to a 3rd stage.

There will be a Political ballot of all members in 2014 on retaining the General and Affiliated (Labour Party supporting) political funds.

The NEC congratulated UNISON members in Future Directions for their 29 days of strike action against massive cuts in pay and conditions.

The NEC also sent condolences to members who had lost family - in the Philippines typhoon.

Finally there was a briefing on the "Worth it" (all public service workers deserve fair pay) and the Teaching Assistant campaign.

I am planning to make regular reports to Community members on NEC meetings. Please circulate this report to any Community members in your branch and let me know of any issues or campaigns that I should be aware of or can offer assistance.