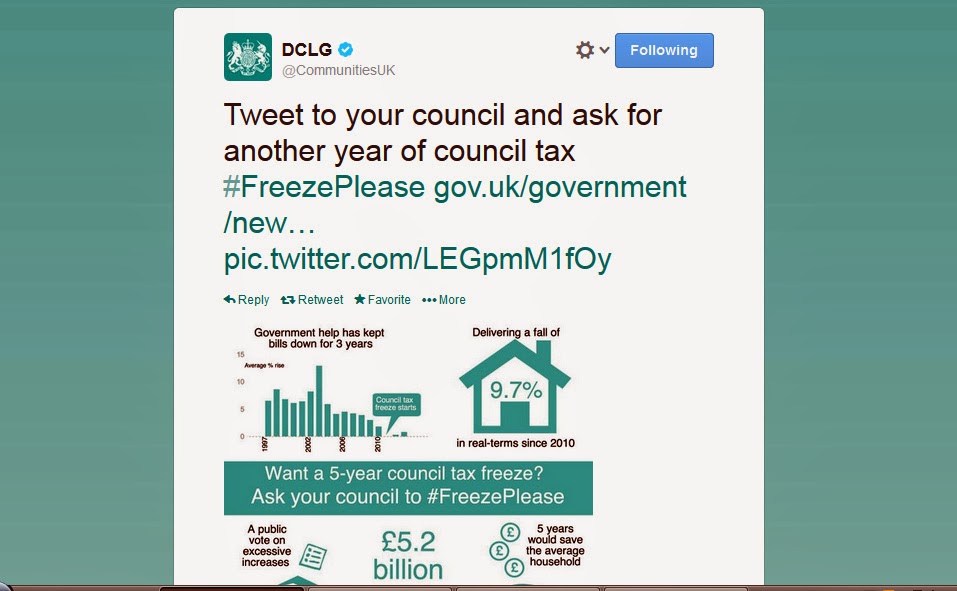 Hat tip to Captain Swing for this tweet tonight by the Government Department Communities & Local Government in favour of Tory political propaganda about freezing Council tax.

It called on people to "lobby" their councils in support of Tory policies?

The DCLG twit(ter) claimed that this "infographic" was made at no cost?  So I said did it appear by "magic"? Did no-one do any work to make it appear?

This Government should not be using and paying civil servants to push controversial political agendas on official sites. Ignoring the fact that this particular argument is ignorant and stupid (in my opinion) if you really believe in a politically neutral civil service (never mind "localism") you should not allow them to run such blatant political propaganda.

That is the job of the Chief DCLG village idiot, Pickles and Tory central office, not paid civil servants.
Posted by John Gray at Wednesday, February 05, 2014