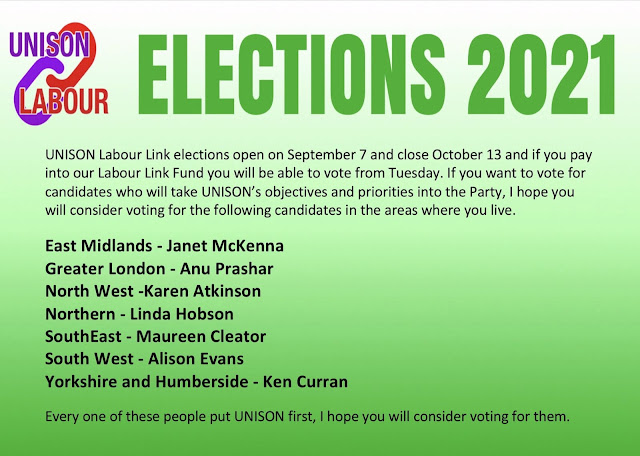 Labour Link is the name of the UNISON political fund that supports the Labour Party. Elections for the National Labour Link Committee (where there are contested regional seats), starts this Wednesday (when ballot papers to start to drop at members home addresses).

You will only get a vote if you are of course a UNISON member and pay the Labour Link political levy. In London I will be voting for Anu. For those of you who work elsewhere I echo the words of our former UNISON President, Gordon McKay, who is a NHS nurse.

"As a former President of UNISON I believe the best interests of public service workers are served by being a member of a strong trade union, UNISON, and having a Labour Government which listens to our union and works for us. UNISON Labour Link elections open on September 7 and close October 13 and if you pay into our Labour Link Fund you will be able to vote from Tuesday. If you want to vote for candidates who will take UNISON’s objectives and priorities into the Party I hope you will consider voting for the following candidates in the areas you live;