Forest Gate North Labour - "on the knocker" with the doorstep app 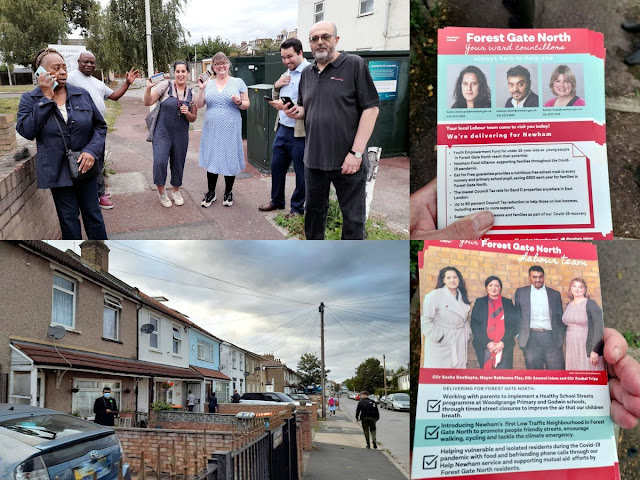 Tonight both West Ham and Forest Gate North wards were out campaigning. I joined FGN since I had to leave early for a meal with a mate in Leytonstone.
All the ward Councillors were present. Cllr Rachel Trip was the lead organiser.
This was one of the most successful sessions I have been on using the Labour Party doorstep app on our smart phones. It was a bit of a fiddle connecting to the Party website but most of us were able to do so and it meant we could canvass and input information really quickly.
There was no queuing up and waiting for verbal instructions on where to door knock and then wait and queue to give back information on the address you had called at. You also do not have to remember all the names of the people you are meant to contact and you will know their previous voting intention. So you will get a heads up if you are going to call at someone previously identified as "Against".
Really positive campaign returns for Labour. My next campaign session will be in Stratford on Saturday morning.
Posted by John Gray at Thursday, September 09, 2021