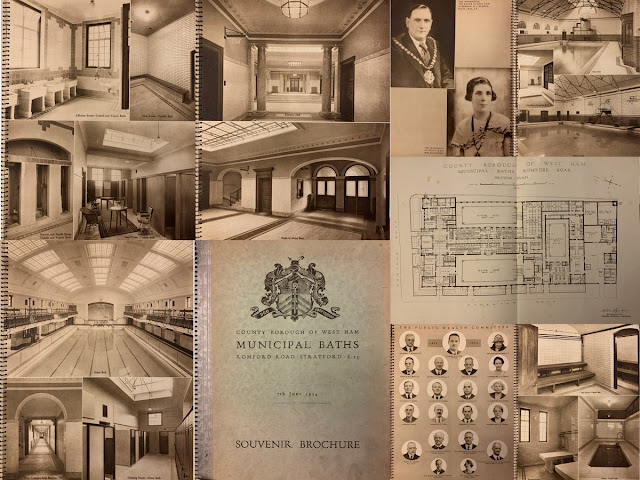 It has now been knocked down and rebuilt as a leisure centre (with a pool) but I remember swimming in the old baths (freezing cold when the boilers broke down). The drinks machine hot chocolate was pretty horrible but was warm and sweet.

Apparently it cost £147,000 to build in 1934 and some of the money came from the government in order to give the unemployed work.

During the 2nd world war it was used as a morgue for victims of the Bliz.

The baths were very similar to those in my home town of Buckley in NE Wales which was paid for by a one penny levy on each ton of coal mined locally.