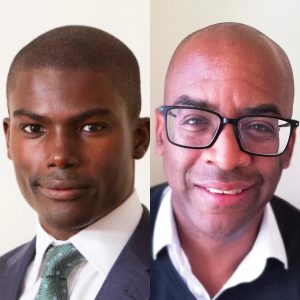 My Newham Council Cabinet colleagues telling it as it is.

"As night turns to day, another black man is killed by the police in the United States of America – and his death is ‘televised’.

See the racist trolls are trying to post comments on this with their vile and bigoted views. This is why the keyboard has a "delete" button!


I am disappointed by this post, as it does n't mention Black Lives Matter protests which happened in Newham at London City Airport. This was over 3 years ago.

There are millions fighting for George Floyd. Who is fighting for Newham residents?. I noted one of the councillors represents Custom House and is on the airport's consultative committee (LCACC). Why is n't he fighting for residents?

Although the airport has been closed since March 25. It is a joy to have some silence. I hope it remains shut forever.


I have been tortured by noise and jet fumes from London City Airport. The airport opened in 1987. Many residents fought against the opening of this airport. However, promises were made and the people were told the airport would not be allowed to expand as it was a small 'city' airport located in a sensitive residential area. Their target was VIP businessmen. The airport spokesman, came on TV to give those assurances.

The public inquiry in the 1980s before the airport opened, put safeguards in place such as only operating small 7 seater aircraft, as they are quieter. They were not allowed to operate bigger planes due to noise. They were only allowed 30,000 air movements per year. Today, Newham have given them permission for 120,000 air movements. They were not allowed to fly jet engined planes, as they are very noisy. Only planes, which had properller were permitted at the time. Over the years, the airport has been allowed to get bigger, time and time again. The planes now are 120 seater planes.... Newham has failed to protect residents from this greedy business. The people have been cheated.

Compare that with Heathrow, where councils and MPs from all sides have formed a consortium to challenge Heathrow on their plans for the third runways.

Stephen Timms MP is a cheerleader for the airport. Stephen Timms, has the cheek to blame residents for living next to the airport, even though it was the airport who built their runway in a residential area. This is the injustice we have to deal with! He also implies that the airport has rights over other people land.

If I had known, they would turn London City Airport, into a mini-Heathrow, I would not bought in the area.

When someone buys a plane ticket, they don't pay a penny in compensation to the residents who face these disturbances from jet noise. Is it so economically important to fly to Ibiza or Mallorca from a residential area?

What impact does it have on the children in schools, with plane noise going into schools? People having their sleep disturbed? What of those working shift hours?

I noted flights were coming in from Northern Italy, despite the explosion in cases. Many of the passengers coming off the planes, were getting on trains and mingling with Londoners and spreading the virus. The trains are over crowded, especially interchange such as Canning Town, West Ham and Stratford.....

From June 8, any passengers coming to the UK, will have to go into 14 day quarantine.

British Airways is taking the Government to court over the 14 day quarantine on arrival.
The airlines don't care about people lives.

Self-Quarantine is n't full-proof, as passengers can still use public transport to get to their accommodation. Hotels are still shut. No one can guarantee, they will stay home. It did n't stop Cummings going to visit castles.

I thought you did not allow trolling John? Why allow this off topic comment spoil a well argued and passionate post by Black Councillors about their lived experiences. Instead a long whine by somebody blaming everyone else for their own stupidity in buying a flat next to a growing airport. He should think himself lucky. There are thousands of leaseholders who cannot sell or even remortgage their homes due to fears over cladding.

thread will be stopped due to yet further vile racist and homophobic comments! What is wrong with these people?

I don't know if I have a right to reply.

How is it off-topic if BLM have been a protest in Newham?.

One the slogans of the protests has been "I can't breathe". How do think it is like living next to an airport having to breathe in toxic jet fuel? On bad days it is suffocating.


>> Instead a long whine by somebody blaming everyone else for their own stupidity in buying a flat next to a growing airport. "

This is the kind of thing Stephem Timms MP would say to resident who approach him. He would blame residents for living next to the airport, even though they had lived there long before the airport came along.

People used to live in the Royal Docks long before the airport was built. There are homes from the Victorian era, as well as 1960s Council Tower blocks, which overlook the airport.

The airport is n't just a local issue. People in Waltham Forest, Redbridge, Havering, Tower Hamlets, Bexley, Barking & Dagenham are all overflown by city jets. I guess it is all their fault, for living where they live....