Brexit and suspending Parliament: What just happened? (in 100 & 500 words words from BBC) 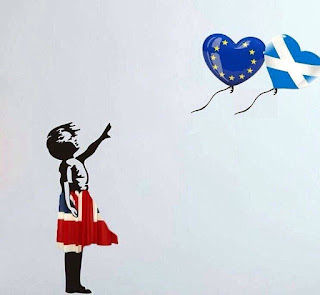 From yesterday's BBC news which explains everything really well:

"In a dramatic move on Wednesday morning, Britain's new Prime Minister Johnson set in motion the suspension of the UK Parliament - which means MPs have much less time to debate Brexit, the process of the UK leaving the European Union.
Boris

Parliament is to be suspended for five weeks ahead of 31 October, the day the UK is due to leave the EU.
That's just nine weeks away.
People who want the UK to remain in the EU are calling it a coup - and even some in favour of Brexit have criticised the move.
Mr Johnson wants to start a new parliamentary session, with a fresh programme, from 14 October. Instead of a normal three-week autumn recess, parliament will now wrap up some time around 10 September.
With so little time, MPs would find it difficult to stop the UK leaving the EU without a deal.

Parliament always stops work for a few weeks in the autumn. But this isn't a normal recess: Mr Johnson is cutting short the current parliamentary session at a critical time.
The UK was originally scheduled to leave the EU on 29 March. After Parliament rejected the deal negotiated with the EU three times, that deadline was extended. Departure day is now 31 October.
Mr Johnson, who was one of the key figures in the Leave campaign, has promised to complete Brexit "do or die" - with or without a deal.
However, most opposition members of Parliament (MPs) and many from the governing Conservative Party don't want to leave the EU without a deal. They fear it would damage the British economy, putting up prices and limiting access to the UK's biggest market.
They've threatened to bring legislation ruling out a no-deal Brexit. Failing that, they could also call a vote of no-confidence in the government.

Is it legal to suspend Parliament?

Yes. It's what normally happens between the end of one session and the beginning of the next. However, the circumstances are unusual.
A legal challenge would be difficult, since the government isn't breaking any law. It's just using parliamentary procedure, as Mr Johnson tries to fulfil his campaign promise to get the UK out of the EU.
MPs could either go along with the suspension, with the risk of a no-deal Brexit, or they could trigger an election with a vote of no confidence in the government.
The Speaker of the House of Commons, John Bercow, has called the suspension a "constitutional outrage" designed to prevent MPs from debating Brexit.

What about the Queen?

She does have a say, but it's limited. Technically, the government had to ask her for permission to suspend Parliament.
This is normally a formality: the Queen keeps out of politics. If she had refused, that would have been unprecedented.
She did not refuse.

Good question.
Parliament will go back to work next Tuesday 3 September, but will then go into recess.
If Mr Johnson gets his way, Parliament returns on 14 October, two-and-a-half weeks before the UK leaves the EU.
However, if MPs pass a vote of no-confidence before 10 September, there could be a general election in October". hat tip BBC
Posted by John Gray at Wednesday, August 28, 2019

so what is he afraid of then? Call a general election. Bring it on...

Or Corbyn can call a vote of no confidence - what's he scared of? Bring it on. Maybe it's what Labour's Tony Blair said... he won't win.

Yawn... he probably doesn't have numbers but who actually cares what cowardly anonymous trolls say or think?

Please take your nasty far right aggressive silliness elsewhere. I am sure you will find plenty of play pals in the social media swamp but kindly troll off from this site. TA very much.