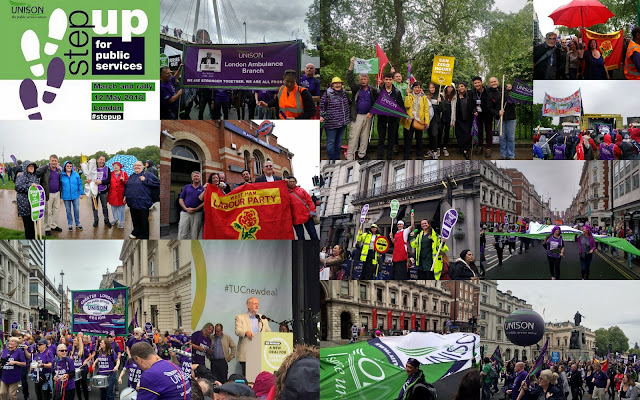 A little bit wet at times but a great day yesterday while on the TUC march and rally for public services in Central London. I was delighted that UNISON members, West Ham MP Lyn Brown and Newham Mayor, Rokhsana Fiaz, joined the march as did a number of Labour Party branches (including West Ham).

As a Regional Council officer I joined the UNISON London Regional procession which had a great team of enthusiastic drummers in front of our banner.

The rally in Hyde Park was rather soggy but some fantastic speeches, in particular by young exploited agency, waitering and retail workers, who are fighting back against poverty pay and insecure contracts.

The event seems to have got more publicity than similar marches in the past. In light of the current worse wage squeeze in 200 years we should not be surprised.

The photobombing was entirely unplanned :) 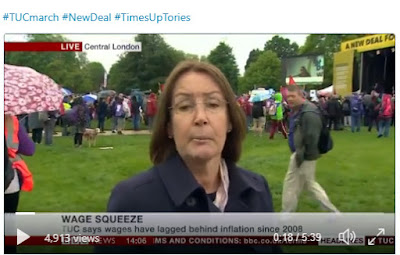 Below is what the TUC are calling for:-

4. Repeal the trade union act which makes it harder for us to stand up for working people.

5. Crack down on tax dodgers who starve our schools and hospitals of funding.
Posted by John Gray at Sunday, May 13, 2018