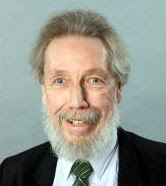 "ON 15TH MARCH 2018, after many years of struggle for democratic governance in Newham, Cllr Rokhsana Fiaz won the selection for the Labour Party mayoral candidate in the May elections by 861 votes to 503 for the seemingly perennial incumbent, Sir Robin Wales. This larger than anticipated margin of victory represented a triumph for local democracy after 16 years of authoritarian rule - which had fully exposed the dangers of the directly-elected mayoral model.


A small number of party members had sustained a continuous fight for democracy in Newham Labour Party and council since it became apparent  in 2002 that Robin Wales would use the mayoral constitution to gather all power into his own hands. After the May 2014 local elections, this struggle began to have an effect within the council. A group of eleven councillors quickly coalesced to work for open debate, more effective scrutiny and greater transparency regarding the council’s dealings, particularly financial, as well as to replace the mayor when the opportunity arose.
When the first mayoral trigger ballot was declared in October 2016, a number of party members rallied around the democratic councillors to form a core group of about 25 campaigners for an open selection. The movement was fuelled by a frustration with the trigger ballot process and its mismanagement by Newham Local Campaign Forum and London regional officials, and finally by the intransigence of the NEC in refusing to grant a rerun or order an open selection.
This group then took part in a year-long stand-off with the Labour Party before ultimately wrenching from the NEC the authorisation for a trigger ballot rerun in January-February of this year. The struggle to remove Robin Wales did not constitute a simple left-right conflict - it was rather one of democrats versus fixers. The movement to obtain the selection of Rokhsana Fiaz in his place was a democratic alliance which mobilised members from across the Labour Party spectrum, including Momentum members and a few right wingers, with its centre of gravity located around the centre-left of the party.
Between the mayoral trigger ballot rerun and the mayoral selection contest, the delayed councillor selections took place in February. As Newham has a record of electing Labour candidates to all 60 seats, the profile of the councillor candidates is likely to prefigure that of the council. However, as nearly half of the candidates are new and some of them are not widely known, it is difficult to predict the balance of forces in the new council.
Nevertheless, it would be fair to classify the candidates into three approximately equal groups: those who are proven supporters of Rokhsana Fiaz (around ten of whom are firmly on the left), those who remained committed to Robin Wales until the end, and those whose allegiance has not clearly emerged. It is perfectly possible that members of the two latter groups will gravitate towards the new mayor.
Out of the mayoral selection campaign came a transformational manifesto. It is committed to placing  housing  at  the top of the agenda, with an undertaking to build 1,000 new council-owned homes within four years to  be  let  at  social rent levels, while ensuring that 50% of developer-built homes will be council- owned and also  let at  social rent levels. Another notable commitment is to ensure that the benefits of Newham’s economic development are shared among the residents by using the council’s procurement and supply chain to spend public money locally, thereby supporting the borough’s businesses.
With  education,  there  is  a  promise to   develop   stronger   partnerships with schools and oppose further academisation. There is also a pledge to double the number of youth hubs and break the cycle of violence by working with young people to set up a youth safety action group. Recognising the need to democratise local governance after a long period of autocracy and cronyism in Newham is an undertaking to build a culture of trust and openness that involves residents in the council’s decision-making process. This also entails a promise to hold a referendum by 2021 on the continuation of the directly elected mayoral system.
With a democratically minded mayoral candidate and a radical manifesto is the exciting prospect of a new era in Newham. There is great optimism that this project of transformation will be accepted by the electorate, carried through by the new mayor, and supported by the majority of the council and Labour Party".
(Update: Rokhsana Fiaz was elected Executive Mayor 3 May with a massive 73% of the vote which is more than 12% better than the previous Mayor. All the 60 Councillors elected that day are also Labour with similar majorities. http://www.johnslabourblog.org/2018/05/re-elected-newham-council-local.html)
Posted by John Gray at Tuesday, May 08, 2018