The blog from the trenches 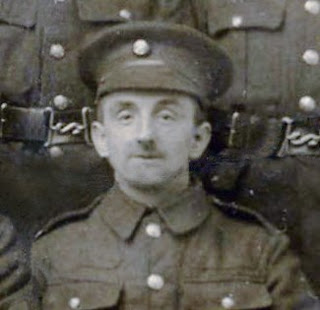 A link to the fascinating First World War blog by the grandson of Private Harry Lamin.

“This blog is made up of transcripts of Harry Lamin's letters from the first World War The letters will be posted exactly 90 years after they were written. To find out Harry's fate, follow the blog!”

The latest post includes a link to a petition that there should be a national bank holiday each year to remember those who have died in the service of our country.

This site makes me remember my own Taid (grandfather) who won the MC while serving in the Royal Naval Division in 1917. This is still to my family, after all these years, an incredibly important episode and matter of family pride.

I will post on Captain Frederick John Matthews’ somewhat colourful, military history (he was an officer in the Royal Naval Division, a RSM in the Royal Welch Fusiliers and a Warrant officer in the RAF) at another time.
Posted by John Gray at Saturday, February 02, 2008