The Isle of Harty Walk 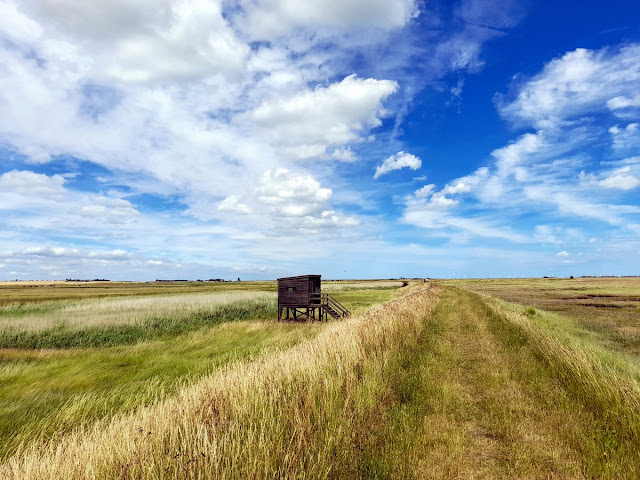 Off message but on Saturday Gill and I went on this marvellous 8 mile Pathfinder walk around the "Isle" of Harty in Kent (now part of the Isle of Sheppey but once separate). Definite "Big Sky" country with panoramic views. Very quiet and remote walking along marshland, dykes and seacoast. Stopped at the lovely ancient Harty Church. We had lunch in the hide (see photo above).

It is about 1 hr 15 by car from East London. We stayed the weekend in a hired Caravan in Leysdown-on-Sea.

The Isle of Sheppey is probably the last part of mainland Britain to be seized by a foreign power. It was briefly occupied by the Dutch Navy in the 17th century and ransacked.

The walk went past UK aviation history. The first powered flight was here and the Short Brothers also built her the first ever aircraft factory. Now nearly all traces of such industry is long gone.