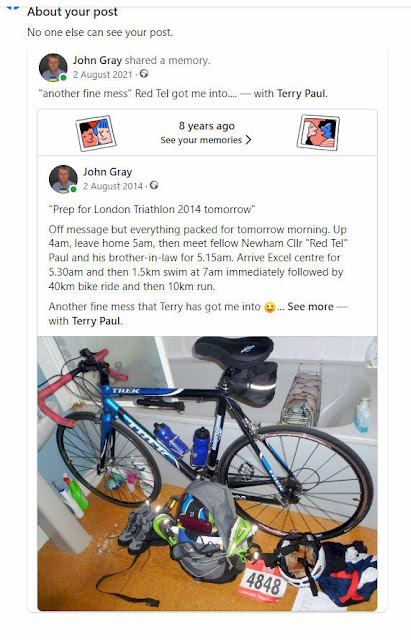 I have had a few bizarre messages from Facebook over the years. None stranger than today when I was informed that this post from 8 years ago, had in some way contravened "Facebook Community Standards". The post is about my preparation the night before I took part in the London Triathlon in 2014.
There appeared to be some sort of appeal process, which I followed but at the end I was told that they may or may not get back to me due to Covid?
While I think it is a good thing that Facebook algorithms are checking content this sort of arbitrary nonsense brings such censorship into disrepute.
Check out this copy of the post here https://www.johnslabourblog.org/2014/08/prep-for-london-triathlon-2014-tomorrow.html

Of course this is yet another fine mess that Terry Paul has got me into....